watch 03:41
Wiki Targeted (Games)
Do you like this video?
Play Sound
Please note that this is an article about a FAN-MADE MEDIA, and is neither licensed nor endorsed by Capcom, and is not canon.

"Air Man ga Taosenai" (エアーマンが倒せない, Eāman ga Taosenai, "Can't Beat Air Man") is a dōjin song and Internet meme from Japan. The song itself describes a player trying to defeat the boss character Air Man (and later in the song Wood Man) in Mega Man 2. Unlike the earlier song "Omoide wa Okkusenman!" which uses a song originally composed for Mega Man 2 as its melody, "Air Man ga Taosenai" is an original composition by an individual only known as "Seramikarutitan" (せらみかるちたん, Seramikaruchitan, Ceramic titanium).

The song was first posted on Nico Nico Douga on May 26, 2007.[1] A vocal version performed by dōjin music group Team.Nekokan (Team.ねこかん[猫], Team.Nekokan [Neko]) was later posted to their website and YouTube on June 1, 2007, and later to Nico Nico Douga on July 1.[2] This version was a collaboration with fellow dōjin musicians SoundCYCLONE and Scinicade. An English version titled "Can't Beat Air Man" was originally posted to both Nico Nico Douga and YouTube on December 24, 2007, but are no longer available. "Air Man ga Taosenai" was incorporated into the second of the Kumikyoku Nico Nico Douga videos and has been included in all but one of the subsequent mashups. The song also has several remixes and parodies.

Team.Nekokan's version of "Air Man ga Taosenai" was distributed at Comiket on a CD along with an acoustic version of this song. Team.Nekokan's original version and its instrumental are available through the iTunes Store.[3] It is also included on the Nico Nico Douga album CD de Kiite Mite.: Nico Nico Douga Selection (CDで聞いてみて。～ニコニコ動画せれくちょん～ CD de Kiite Mite. ~Niko Niko Dōga Serekuchon~, "Try to Listen to the CD.") released July 9, 2008. A cover version arranged by Ryu* and sung by zaki was released on the CD Exit Trance Presents Umauma Dekiru Trance o Tsukuttemita 4: Goran no Arisama da yo (EXIT TRANCE PRESENTS ウマウマできるトランスを作ってみた 4 ごらんの有様だよ♥) on April 1, 2009.[4] A newly arranged version of the song by MasKaleido was later released on the Rockman Holic album.

A player tries to pass the long lava area in Heat Man's stage, but repeatedly fails. The player learns that Item-2 can make it easier to pass this area, but it is guarded by Air Man. He tries to defeat Air Man, but cannot, no matter how hard he tries (even trying to perform the Time Stopper glitch to make it easier). Later, he learns Air Man is weak to the Leaf Shield and tries to defeat Wood Man. However, he cannot beat Wood Man either, and eventually gives up. The second verse is then repeated, implying the player is trying to defeat Air Man again (especially since the official video uses a new fight scene for the verse repetition).

The song is most commonly viewed alongside a video. The official video features lightly-pixelated animation and sprites from Mega Man 2. The majority of the fan-made videos are animated, and many feature sprites from Mega Man 2. Some even use gameplay footage. Some fan-made videos depict Mega Man defeating Wood Man and returning to battle Air Man, often with an unclear outcome, either Air Man's defeat, or Mega Man's defeat again.

Several themes run throughout the song. Namely, E-Tanks are mentioned several times, and the bosses patterns are loosely described, such as how Wood Man tries to trap Mega Man close to himself. During the first guitar solo, a slide show of animated sprites of Mega Man, Air Man, and the enemies in Air Man's stage is shown, with the words "Air Man ga Taosenai" on the top and bottom of the screen. During the second guitar solo, an almost identical slideshow is shown, with Wood Man in place of Air Man, Wood Man's level enemies in place of Air Man's, and "Wood Man mo Taosenai" (lit. Wood Man also can't be defeated) in place of "Air Man ga Taosenai". 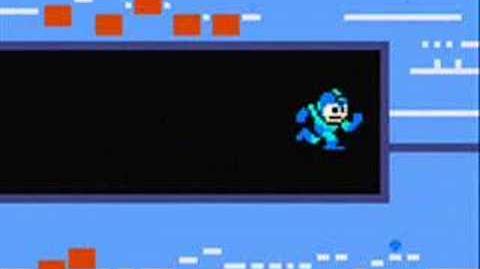 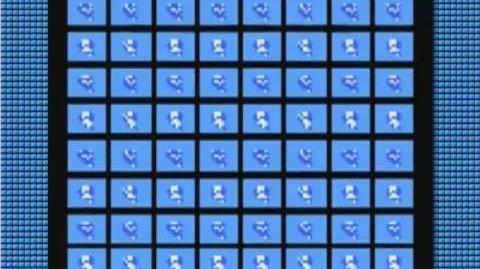 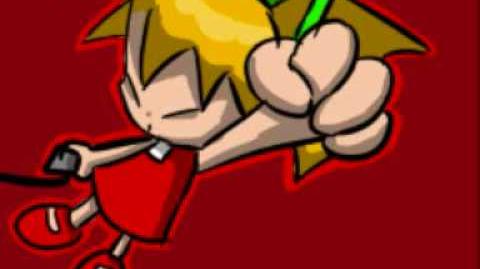 Retrieved from "https://megaman.fandom.com/wiki/Airman_ga_Taosenai?oldid=258778"
Community content is available under CC-BY-SA unless otherwise noted.