Spoiler warning: Details of plots, secrets and/or endings may follow.

During The Gauntlet Part II, it's shown that if Mega Man uses all his schematics and the Mega Key, he can assume a super form. In this form, Mega Man's nano-core armor gains a black and dark blue coloration with a triple-barrel Mega Buster. Said upgraded Mega Buster is so powerful, it can destroy Night's Lord Obsidian armor in one shot (whereas everything else in Mega Man's arsenal barely even scratches it).

In Flower Power, it's revealed that pollen from certain plants such as "Steve" can somehow trigger allergic reactions in Aki. These reactions cause Aki to often sneeze, which makes him switch randomly between several of his schematics. 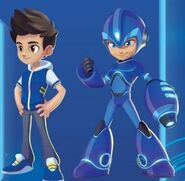 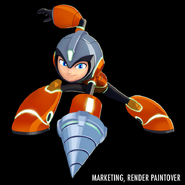 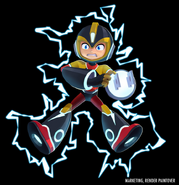 Retrieved from "https://megaman.fandom.com/wiki/Aki_Light?oldid=287029"
Community content is available under CC-BY-SA unless otherwise noted.