Avalanche Yeti, known as Ice-Snow Yetinger (アイスノー・イエティンガー, Aisunō Ietingā) in Japan, is a Yeti-based New Generation Reploid from Mega Man X8 that worked at an environmental research center in Antarctica. He was originally worried about the world's environment, but when he became a Maverick, he tampered with the control system of the facility, putting the world's ecological balance at risk.

Avalanche Yeti was a tall and wide Reploid whose appearance was inspired by tales of the mythic yeti. He had white and ice-blue armor, vents all along his arms and back, and a pointy red nose similar to the carrot nose often seen on snowmen. With each breath, he expelled a small puff of cold air.

Yeti didn't seem to desire conflict, instead urging the Maverick Hunters to leave him in peace at first, but eventually relented and decided to fight. He looked down on them greatly, calling them "lowly", and was disappointed by their inability to reconsider the situation. In the English version, he spoke with a slight Russian accent.

The battle against Yeti is in deep snow, and he often digs beneath the snow to come at the player. The player cannot see him as he moves under it, except for the movement of the snow. Yeti usually attacks by lunging at the player and firing icicles. Once a portion of his health is down, he'll mostly stay hidden under the snow, appearing only to attack. In Overdrive, he'll use the Drift Diamond, which generates giant snowflakes that last for the remainder of the battle. Both his icicles and snowflakes can be destroyed by most attacks/weapons. Like Ice Man, Cold Man, and Tundra Man from the classic Mega Man series, Yeti is weak against electricity-based attacks, so use the weapons obtained from Gigabolt Man-O-War for maximum damage.

Avalanche Yeti is one of the bosses from World 7 in Rockman Xover.

Avalance Yeti and the other Mega Man X8 Mavericks made a brief appearance during the events of Worlds Unite. 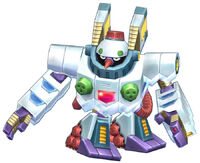 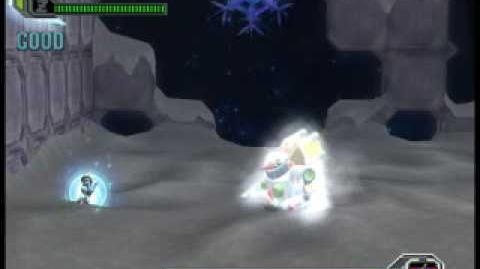 Retrieved from "https://megaman.fandom.com/wiki/Avalanche_Yeti?oldid=349604"
Community content is available under CC-BY-SA unless otherwise noted.