Prior to the events of the game, Block Man is first seen at Dr. Light's lab for his annual maintenance. He later rushes back to the lab once Dr. Wily barges in. However, he was soon captured with the rest of the Robot Masters and reprogrammed by Wily.

Block Man is a rotund, turquoise robot with blue eyes, turquose eyelids, and his body features have gold and white accents and dull, grey bricks covering his body. The lower half of his body juts out a bit, perhaps serving as a storage compartment for extra building materials. His regular appearance resembles a stone castle.

Block Man, when he is reprogrammed, is vain, headstrong, thick as a brick, and has "an ego the size of a pyramid."[1] In his usual programming, however, he can be full of energy, although he has a bit of a temper. He secretly dreams of building a vast structure that recreates the bygone age of pyramids and temples. He's friends with Impact Man, and the two are sometimes seen at an oil bar to share a drink. However, Block Man will not take kindly to strangers mocking him in any harsh manner; this is proven in the opening cutscene where Dr. Wily refers to Block Man (along with the rest of the Robot Masters) as a test subject, something the latter strongly finds offensive. According to his in-game bio, Block Man always have his fellow employee robots keep up with major construction projects. However, his temper tends to flare up if any of the worker bots are slacking off and not working hard enough.

The first part of Block Man's battle is fairly simple; he'll start off by running back and forth across the room. However, if Mega Man fires, Block Man will stop in place for a second and then jump to his position which can easily be avoided by sliding. Block Man will then proceed to use his Block Dropper to damage Mega Man by creating four turquoise stone blocks above him which fall to the ground. This can be avoided by either sliding to the other side of the screen out of the blocks' range, standing in a space between the falling blocks or by utilizing Fuse Man's Scramble Thunder to destroy one of the blocks over Mega Man's head. Once he loses about a third of his health, Block Man will activate his Power Gear. He will shoot up through the ceiling with chunks of stones in the area following in his wake, transforming him into a giant stone golem as he crashes back down to the room.

Finally, once the second health bar is depleted, Block Man's giant form will be destroyed and he will now be back to his original health bar as he falls flat on his face to the ground. However, Block Man will become enraged afterwards, jumping to his feet and rushing to the opposite side of the room from Mega Man to throw an endless barrage of stone blocks his way using his Block Dropper. Mega Man's Charge Shots can easily pierce through the stones to hit Block Man, though he jumps as he creates his stones which allows for him to avoid the shots if they aren't timed correctly. The barrage itself can be avoided by either sliding or jumping depending on the trajectory of the stones. The Speed Gear can make dodging easier here as well. So in short, through the use of Charge Shots (since they can pierce through his blocks), the Double Gear System and platforming skills to dodge his stones, Block Man will eventually be defeated.

When exploiting his weakness to Blast Man's Chain Blast, it is recommended to use Power Gear, as it is easier to damage him faster with the powered-up version as long as the aim is correct, particularly in dealing with Block Man's giant form. For the final phase, as the giant bomb from Chain Blast cannot completely get through the blocks he throws, it is recommended to be close when using it as the large blast from the explosion would be capable of hitting Block Man at point-blank range. Just be careful of the weapon energy consumption though.

In the Superhero difficulty, Block Man will make fifteen turquoise blocks above Mega Man in three rows of five instead of four, and jump much faster. The blocks can easily be avoided by standing close by quickly sliding to the side of the room opposite from Block Man and out of their range. On all modes, standing close to Block Man will make him spawn the blocks in such a way that they do not reach the opposite side of him, allowing the player to slide there to safety. This method is dodging is much more helpful on Superhero due to the extra blocks. Block Man takes more damage before turning into his giant form, which attacks much faster, having much less time between each of his attacks. In the final phase of his battle, Block Man will jump between each corner of the screen after throwing a certain number of blocks 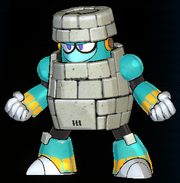 Rage shouts (After his giant form has been destroyed): 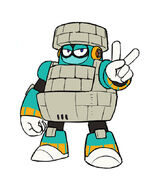 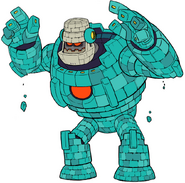 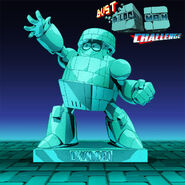 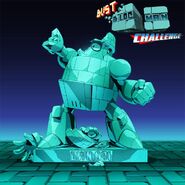 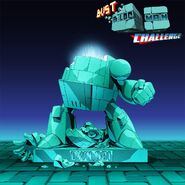 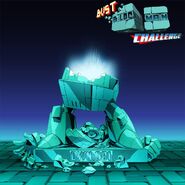 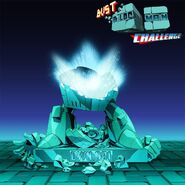 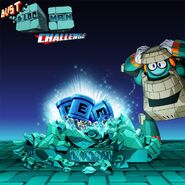 The Bust Block Man Challenge as it ended on September 27, 2018. The statue has been totally destroyed, revealing 3 E-Tanks and 300 Screws inside, while Block Man stares at the wreckage in horror and dismay. Everyone who entered the challenge will get the single-use items in the full game.