Cannon Spike, known as Gun Spike (ガンスパイク, Gan Supaiku) in Japan, is a shooter developed by Psikyo and published by Capcom for the arcade and Sega Dreamcast console. The games features seven playable characters, which come from a range of other Capcom games. Mega Man is one of the two hidden playable characters.

In the year 20XX, a troubled economy wreaks havoc on the world, and terrorism is rampant. With warfare spreading to every city, people live in constant fear. To combat the terrorists' robot soldiers, the World Union for Peace organizes a special force equipped with specialized Motor Boots for ultimate mobility. It is up to this Anti-Robot Special Force led by Cammy to enter into battle and rid the world of the robot menace. 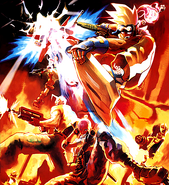 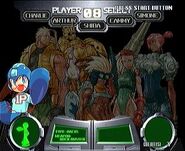 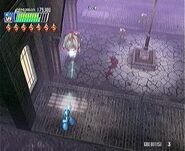 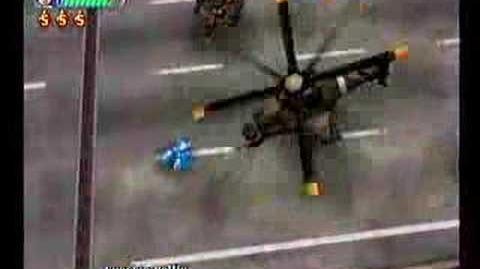