Dr. Wily is in his hideout and finished a new machine to help him conquer the world. Mega Man finds Wily and tries to capture him, but Wily uses his capsule machine to attack and his hideout is destroyed. Mega Man is unable to damage Wily's capsule, but Roll appears to give a message from Dr. Light, suggesting Mega Man to shake Wily's capsule to defeat him. Angry, Wily captures Roll and Mega Man starts shaking Wily's capsule, making various games fall from it, ranging from fighting various Robot Masters in different forms of combat to a cooking game and a rhythm game. Players can upload their scores in these games to a centralized database to compete for the highest possible score. 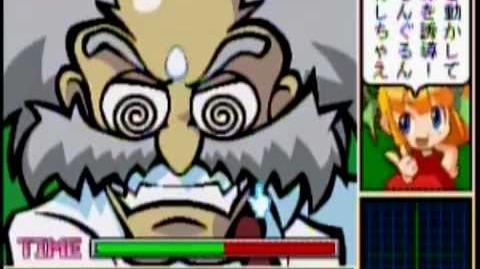