Crea is the blue Baby Elf and Prea is the red one. They have the aspect of newborn infants, being basically a round pale head enveloped by a dark cloak patterned after Dr. Weil's armor.

Despite their innocence and naivety, Crea and Prea are still copies of the Dark Elf and should not be trifled with; in Mega Man Zero 2, they display the power to control even the Four Guardians, while in Mega Man Zero 3, they are particularly skilled at using energy based attacks.

Crea and Prea are very much like human babies in terms of personality, although they display the ability to learn very quickly; before meeting Alouette, they could only utter "Mimimi" and other baby babble, but by the time of Mega Man Zero 3, they are surprisingly eloquent. Crea and Prea do have a habit of reiterating each other's statements, which may be due to their closeness. 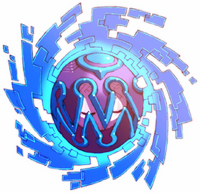 Both Crea and Prea were originally contained by Neo Arcadia. When Elpizo was labelled Maverick and rescued by a member of the Resistance called HE-22, he went to retrieve the Baby Elves, obtaining one of them (Crea) in Area 7. After some months, Ciel moved to a new base in Mega Man Zero 2, leaving Elpizo in command so she could study the Baby Elf to create a new source of energy. In one of the missions Zero did for Elpizo, he got the other Baby Elf (Prea) from Hyleg Ourobockle, and X warns him that the Baby Elves would do anything to reunite with their mother. Alouette named the Baby Elves, played with them and taught them to speak, as all they could do is babble.

After the crushing loss from Operation Righteous Strike, Elpizo became obsessed with obtaining the power of the Dark Elf and using it to destroy Neo Arcadia and all human beings, taking the Baby Elves with him to use in his plans. With their power, he was able to pass through Neo Arcadia's defenses and even the Guardians. Making his way into Yggdrassil, the heart of Neo Arcadia, he destroyed X's body and broke the seal on the Dark Elf just as Zero caught up to him. Elpizo then uses the combined power of the Dark Elf and the baby elves to fight Zero but lost miserably. After his defeat, the Dark Elf became Mother Elf for a short period to transform Elpizo into a cyber-elf himself. The Baby Elves ran away as they were scared by this. 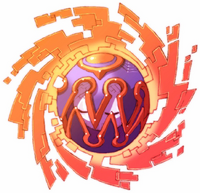 Two months later, in Mega Man Zero 3, the ship carrying Omega crashes, Dr. Weil located the Baby Elves in Deathtanz Mantisk's stage, Old Residential, and deceives them into thinking that Zero is the villain, calling himself their grandfather. Zero encounters the Baby Elves again there but couldn't stop Weil from bringing them to Neo Arcadia for his own purposes.

Later, Dr. Weil located the Dark Elf in a residential area, so he planned to send a missile containing Omega there. When Zero attempts to stop the missile, he is confronted by the Baby Elves, planted there by Weil since he anticipated Zero's interference. Although the two elves are defeated, they successfully prevent him from completing his mission and the missile hit its target. In the wreckage, the baby elves and Omega are reunited with the Dark Elf.

The Baby Elves fight Zero one last time in Sub Arcadia in an effort to stop Zero from reaching the Dark Elf again, but this time, he destroys them completely.

Set during the events of Mega Man Zero 2, in this drama track from RTRZ - Telos chronicles, Alouette attempted to get different ideas for their names which included Plus and Minus, Anode and Cathode, Crime and Punishment, Love and Peace, Azul Luna and Rojo Sol, Blanc and Noir and Hypnos and Thanatos.

Crea and Prea share the same lifebar. They have a total of three forms. In their normal state, they will look purple like its mother. When they engage in battle, the energy around them increase in size, gaining a bright blue (Crea) and red (Prea) color. Both have shown the ability to fuse with each other and attack as a big elf, constantly changing signature colors. They constantly fly around the screen, assaulting Zero with several energy attacks and trying to attack Zero moving their bodies in specific patterns to tackle him.

Simultaneous color change on both sides of the surface After all four-sided octagonal release scattering, yea the first battlefield

Retrieved from "https://megaman.fandom.com/wiki/Crea_and_Prea?oldid=284109"
Community content is available under CC-BY-SA unless otherwise noted.