"A bug has corrupted the network. Dive into cyberspace and exterminate it."
―Stage description, Mega Man X4

The first half of the stage. It consists of three time attack areas that test the player's abilities.

At the beginning of each area, virtual crosshairs will target and follow the player, starting the time. The crosshairs needn't be worried about, as they are of no threat. In fact, the displays on the crosshairs actually help the player keep track of their current rank. "Hurry Up!" appears in the crosshair if the player is taking too long, followed by chevrons that point downwards to symbolize that the rank has gone down.

In the end of each area, the crosshair will move to a purple portal and a certain rank is given to the player. Ranks can be determined by the player's performance, such as how fast they clear the area and how evasive they are, as enemies like Miru Toraeru will slow down the player. In order to progress from one area to the next, the player must obtain rank "A" or "S". If the player's rank is "B", they will repeat the area until the required rank is met.

In addition to ranks, while "A" is the most desirable to progress, a rank of "S" can be earned to grant passage through a small extra area which holds no enemies, but instead has items. Each area has, respectively, a Life Up, a Sub Tank, and if playing as X, a Light Capsule containing the Fourth Armor's Head Parts (this is replaced by a 1-UP if playing as Zero).

The second half of the stage consists of two areas, the first as a final trial, the second as the final approach to Cyber Peacock. In this area, there are buttons that switch all objects between the ceiling and the floor, including Protectons which roll down slopes or fall down and clear purple roadblocks. The player must use these switches and Protectons to their advantage if they expect to proceed to Cyber Peacock's lair.

Cyber Space is the setting of Chapter 20 from the crossover game Project X Zone. This is incidentally the chapter where X and Zero join the party and where the team first encounters Vile. It also appears in the sequel, this time with both Vile and Sigma making an appearance.

Cyber Space also appeared as a co-op and event stage in Rockman X DiVE. Rank is depend on stars. Gray "C" rank is added. 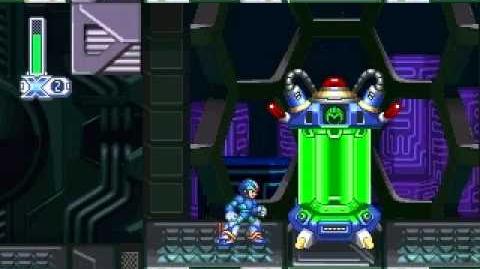 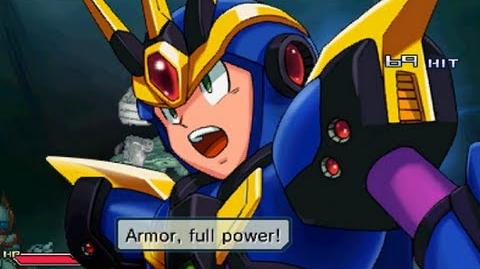