Data (データ, Dēta) is a mysterious little robotic monkey from the Mega Man Legends series, a friend of Mega Man Volnutt that was found by his side by Barrell Caskett. He only talks with monkey sounds and Mega Man is the only one who understands him, but it's later revealed Data can speak normally and is Mega Man's peripheral memory storage device. He is Mega Man's supporter and sticks to him like a shadow, probably also travelling with him in his adventures. In the series, Data appears in several areas dancing, and players can save the game, completely recover life and weapon energy, and obtain advice by talking with him.

Mega Man Trigger created Data and transferred all his essential memories of Elysium and of The Master into him so that no one could scan or tamper with them, making sure no one would find the Master's genetic code. After the battle against Sera in Terra, Yuna sealed Data alongside Mega Man (which was reset into a baby) in a stasis field. Years later, they were encountered by Barrell in the Nino Ruins, and took them under his care.

In Mega Man Legends, most of the time Data appears is mainly for his gameplay function, and he is present in the Support Car with Roll Caskett. Data has no important role until the end of the game, where he helps Mega Man Volnutt save Kattelox Island. Data orders Eden to pass MegaMan Juno's authority of the island to Mega Man Trigger, interrupt Juno's reinitialization order, and delete Juno's back-up data.

In the beginning of Mega Man Legends 2, Data accidentally starts a fire in the Flutter when he was cooking, and Mega Man has to extinguish the flames. Because of the damage, a few rooms from the Flutter can't be accessed until they are repaired. When Mega Man is severely hurt by Geetz's final attack in the Sulphur-Bottom, Yuna uses Data's memory files to restore Mega Man's program while repairing him, and a large portion of the information that was stored in Data is revealed in a long cutscene that explains the plot line. At the end of Mega Man Legends 2, Data tries to help Roll Caskett and Tron Bonne by instructing them how to build the rocket to retrieve Mega Man from Elysium, but their bickering causes them to ignore him, leaving Data to lament on Mega Man being stuck there "for a little while longer".

Data would have been present in the cancelled game Mega Man Legends 3. His role in the game is unknown. 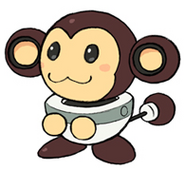 Data, as he would appear in Mega Man Legends 3.
Add a photo to this gallery
Retrieved from "https://megaman.fandom.com/wiki/Data?oldid=324768"
Community content is available under CC-BY-SA unless otherwise noted.