Mega Man Legends 3
Donner Wels (ドンナー・ヴェルス, Donnā Verusu, "Thunder Catfish" in German.) is a boss that would appear in the game Mega Man Legends 3. Donner Wels is a mecha with roughly six meters height equipped with an electric whip that is piloted by the Bonne family. Barrett fights against the mecha in a large room with water.[1]

Donner Wels is the winning design from the second event held during Mega Man Legends 3's development. It was created by Kobun #46 (CAPコブン) in Japan.[2]

A power suit based off of the Gustaff that can be used both on land and in the sea. The round body is waterproof and can withstand water pressures up to a depth of 200 meters.

They do not have the ability to shoot out electricity. They also do not have anti-electricity properties. Furthermore, they cannot operate on land. The sub-mecha itself is its only weapon. Recovery items drop once defeated. *The individual types have yet to be defined.

Keep the treasure safe from the Bonne Family!

Failure: Player dies or the treasure is stolen by the Servbots.

The Bonne Mecha will start attacking the player as soon as the mission starts. Servbots will use that time to make a bee-line for the treasure*. If the player manages to fry the Servbots, he/she can focus on the Bonne Mecha until they revive themselves.

But because the treasure is so big (or heavy), a number of Servbots have to work together to carry it. Until the player clears the mission, the player can't actually take possession of the treasure himself/herself. The player must make sure the Servbots don't escape with the treasure, so he/she must try to toss the treasure somewhere, or some other tactic. It's game over when the Servbots manage to open the door to the ruins and escape with their prize. Water flows into the room from the giant holes in the ceiling or the walls at set intervals, causing the water levels in the room to fluctuate. The Bonne Mecha can cause tremors that will make blocks fall from the ceiling. The key to fighting this Bonne Mecha is to take advantage of the changing environment as time passes.

How to Beat the Mission:

The Bonne Mecha's electric attacks, especially its Electric Whip attack, are especially strong, so breaking the two electrodes on its back first will make life much easier since it won't be able to generate electricity once they are broken. (The player can lock on to the electrodes, so it's possible to destroy them with the buster.)

The Bonne Mecha is better at fighting underwater, so it's harder to fight it underwater. During that time, the shield is also under attack by Servbots, so it's best to get out of the water fast.

Kobun's Message: I wanted to become a member of the Bonne Family, so that's why I decided to participate. I thought about what kinds of enemies I'd like to fight, and pulled all of my ideas together into this one mecha. I hope Legends 3 will turn out to be even more fun than I imagine. I'll be rooting for you! 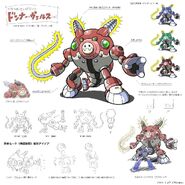 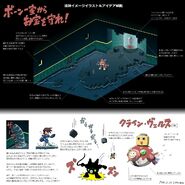 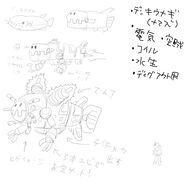 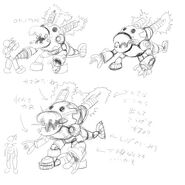 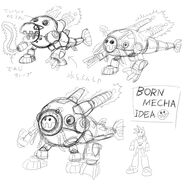 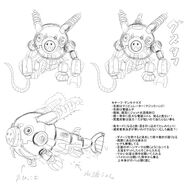 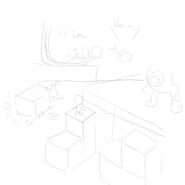 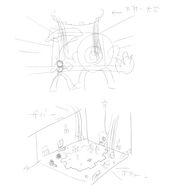