Dragon Poker (ドラゴンポーカー, Doragon Pōkā), "DraPo" (ドラポ, DoraPo) for short, is a freemium game from Asobism's Dragon series released in 2013 for iOS and Android in Japan.

Dragon Poker is a five players card game with Poker elements where the players enter a dungeon to fight enemies and a boss. Party members can start together to play the same stage. If no real players are available, CPU players will accompany the player until a real player is able to join, and the CPU will also replace players that left or were defeated.

Each player has a deck containing 13 cards. Except for the Ace, four cards must be of the same attribute (Fire, Water and Wood), and each card will be given a random rank (2 to K) in the beginning of the stage. In battle, each player draws four cards in their turn, and one must be selected within a time limit. If none is selected, a random card from the hand will be selected. The cards used by the players will form the hand. The better the hand, the stronger the attack from the selected cards. For example, a Straight Flush (five cards in order and with the same attribute) will be stronger, while weak combinations like One Pair will drop three of the cards from the attack. The turn is skipped if no combination is formed. Players can also bet money once per battle to gain extra money, use SP to use special abilities, like increase the chance of transforming enemies in cards and increasing the chance of the selected card activating its skill, and send messages to other players.

Besides regular and event dungeons, there are also the player vs. player modes Colosseum and Duel Match. Colosseum is a battle between five players. Duel Match has a different gameplay that contains Janken elements instead of Poker.

Cards can be enhanced to increase their strength and awakened to increase the maximum level. The higher their rarity, the stronger they can become. Extra cards can be obtained in the gacha, events, or other means. Many cards contain Skills that may activate during the battle. When the player reaches Level 30, cards in the deck can be attached with other cards for extra effects, which vary depending on their "Henchman Skill". At Level 150 all cards in the deck will be able to have sub cards attached. Each card contains a cost to be included in the deck, and their total can pass the limit. The cost from attached cards also count. 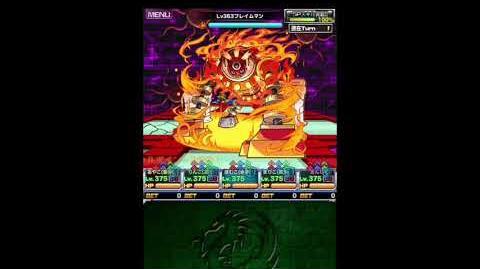