Mega Man 11
Droppy (オトシィー, Droppy) is a cleaning robot enemy in Mega Man 11. Droppies appear exclusively in Acid Man's stage, as they were designed to clean out the insides of the chemical pipes in his lab and dispose of trash in the tanks. Droppy appears in underwater sections and slowly moves up and down over a set spot. Droppies and their variants are also spawned by Cyclone W during its battle. Basic droppies are blue.

Mega Man 11
Brushy (コスリィー, Brushy) is an improved version of Droppy with more cleaning power. It usually acts the same way as Droppy, but when Mega Man gets close on his way through, Brushies will will start moving much faster to try and ram Mega Man with their bodies. Their brushes are purple.

Wipey (ミガキィー, Wipey) is an even stronger version of Droppy that behaves the same way as Brushy, but is much more durable and deals more damage than Droppy and Brushy. Wipeys have a red brush, perhaps to warn the player of their danger. 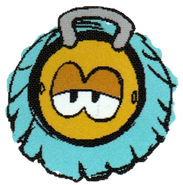 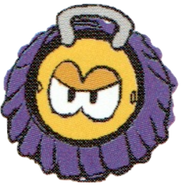 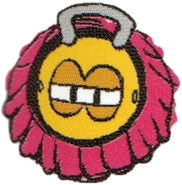