The Energy Balancer (エネルギーバランサー, Enerugī Baransā), also known as Energy Equalizer and E. Balance, is an item that recovers energy from the Special Weapons with less energy when the player takes a Weapon Energy item without the need to select a weapon before taking it. However, if the player wishes to refill a specific weapon, equipping that weapon will cause the obtained weapon energy to fill that weapon instead of other weapons. It appears in Mega Man 6 and Mega Man 7 as a hidden item, and can be bought in shops in later games. In the Mega Man X and Mega Man ZX series, the function of the Energy Balancer is part of the playable characters by default.

A more powerful variant, the Energy Balancer Neo, appears in Mega Man 11, which allows weapon energy to transferred to all weapons (including Rush) simultaneously when a Weapon Energy Capsule is picked up.

The Energy Saver (エナジーセイバー, Enajī Seibā) is an item from Mega Man 8, Mega Man & Bass and Rockman & Forte: Mirai Kara no Chōsensha that reduces the amount of energy used by Special Weapons, allowing them to be fired more times. In Mega Man 8, it costs 6 Bolts and is available after completing Duo's stage. In Mega Man & Bass, it costs 200 Screws and in Rockman & Forte: Mirai Kara no Chōsensha it costs 150 Screws.

The Power Generator (パワージェネレーター, Pawā Jenerētā) is an item from Mega Man V that has the same effect as the Energy Saver. The item becomes available for free by collecting the four crystals in the stages of Jupiter, Saturn, Pluto and Uranus. 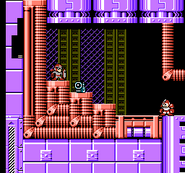 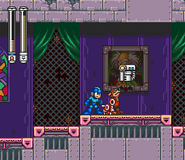 Proto Man giving the Energy Balancer for Mega Man in the Rockman 6 manga.

Energy Balancer in the Rockman 7 manga. 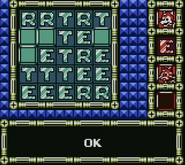 The password for getting the Energy Balancer earlier in Mega Man V on the Game Boy.