"My Gemini Laser has no match! I thought you were my rival. Is that all you got?"
―Gemini Man taunts Mega Man when he bests him, Super Adventure Rockman

Gemini Man (ジェミニマン, Jeminiman) is a Robot Master from Mega Man 3, created by Dr. Light and Dr. Wily. He is capable of creating holographic copies of himself, and uses that power to confuse and overwhelm opponents as he attacks them. He only uses one copy in most of his appearances, but in Super Adventure Rockman, Gemini Man is shown to be able to produce up to four copies of himself at once to confuse his opponent. However, even without his clones helping him, Gemini Man is a very tricky opponent to deal with, especially with his Special Weapon, the fast and reflective Gemini Laser.

Gemini Man is an elegant fighter who is confident in his abilities, but is rather conceited. He is a narcissist, and likes to admire himself in a mirror or with one of his copies. Gemini Man also has Ophidiophobia, which is a fear of snakes, one of the reasons why being that his weakness is the Search Snake.

At the start of the battle, Gemini Man will create a mirror image of himself. He and his clone will take turns jumping to the left side of the screen, running to the right, then repeating. Firing shots will cause the clone on the ground to turn around and fire at Mega Man, while the other freezes in mid-air. It is advised to shoot at the clone in the air as he is about to land, then jump to avoid the bullets of the other Gemini Man.

After Gemini Man loses half of his health, the duplicate disappears and Gemini Man will change his pattern, beginning to fire his Gemini Laser. This laser reflects off of the walls, so the player will have to keep an eye on it while looking out for Gemini Man. His new pattern will be running from left to right and jumping when Mega Man fires at him, similar to Crash Man's.

Gemini Man is a fast player that doesn't have his own team. In Tournament mode, he is a member of the Fire Man, Wood Man, Needle Man, Dust Man, Skull Man, Enker, and Wily teams. In League mode, he is in the teams of Elec Man, Wood Man, and Pharaoh Man.

If the player loses to Gemini Man, however, he will finish off Mega Man with one final shot from his Gemini Laser, and laughs triumphantly upon doing so- making him one of the few Robot Masters who the player cannot continue against if they lose, another being Shadow Man.

After the battle, Gemini Man is critically damaged, and tells Mega Man that if what he said about Doctor Wily's plan is true, then Wily himself is in danger as well and must be saved. He warns Mega Man that the door at the top of the temple is booby-trapped, and explains that the door in the middle of the temple is the real entrance, just before collapsing. He is later revived by Wily and Ra Moon, but is disabled again after Ra Moon's betrayal.

Mega Man Legacy Collection text: His weapon is the Gemini Laser, which reacts according to the enemies' intentions. Watch his movements carefully before attacking. 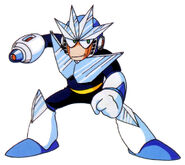 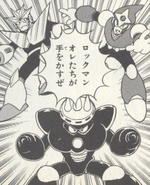 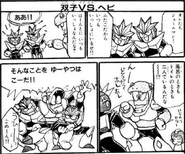 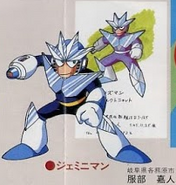 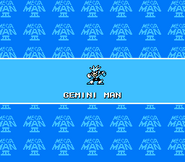 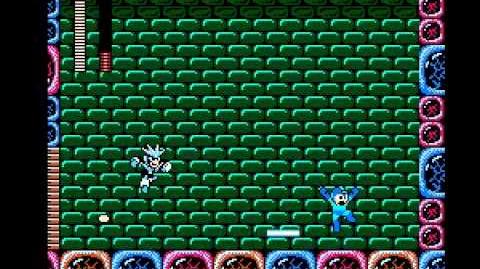