When he went Maverick, he started causing chaos and siphoned off the energy supply of Megalopolis to Sigma. The Maverick Hunters had to chase him throughout the city with a Sirius Ride Chaser to stop his rampage. After receiving enough damage, he was forced to land and face the Hunters. Despite his actions, he denied turning Maverick, or at least was unaware that his actions were Maverick.

Gigabolt Man-O-War is a large Reploid with a conical body, meant to resemble the hood of a jellyfish. His limbs are long and drag behind his levitating body like the tentacles of a jellyfish as well. His armor is colored blue and purple, while his head is white and concealed in a glass case. He also possesses small electric coils on his shoulders.

Gigabolt Man-O-War seemed to have suffered some sort of malfunction by the time the Maverick Hunters encountered him. He briefly exhibited an inability to speak, or at least a reluctance to. He had a sort of childlike innocence, not truly understanding the term Maverick and instead unquestioningly following Sigma's orders.

During his fight with the Hunters, he shouted completely nonsensical things mostly related to food and condiments as battle cries, showing how far his sanity had slipped. Indeed, among other things, he would scream "Squid Cookie!", "Elbow Juice!", "Potato Salad!" while performing attacks, and shriek "I'M A DANCER!" when performing his Overdrive Attack.

Man-O-War usually attacks by shooting electric bolts, releasing electrified jellyfish, and divebombing the player. During Overdrive, he'll use his Thunder Dancer to strike the platform with lightning multiple times.  If a Crystal Wall is placed on the platform, it will act like a lightning rod and he'll always strike it first.  He's weak to the weapons obtained from Earthrock Trilobyte: Crystal Wall, Rekkyoudan, and Bound Blaster. Zero's D Glaive can be very useful with Rekkyoudan, allowing the player to hit him from a distance, which will save them from damage, and it will destroy many electric jellyfish in one hit.

Gigabolt appears in the Worlds Unite crossover event, having been duplicated by the power of the Genesis Portals and Unity Engines to serve in Sigma-2's Maverick army. After joining a brief attack on the Sky Patrol, he joined Burn Dinorex in attacking the world of Panzer Dragoon. However, when they were attacked by Rotor the Walrus and Bubble Man, Gigabolt left Dinorex to face the two heroes alone. Despite Dinorex activating the Unity Engine, Gigabolt was attacked by Keil Fluge and his Blue Dragon, destroying the New Generation Reploid, along with his comrade. 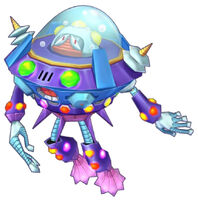 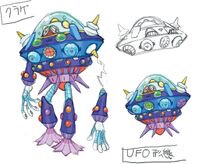 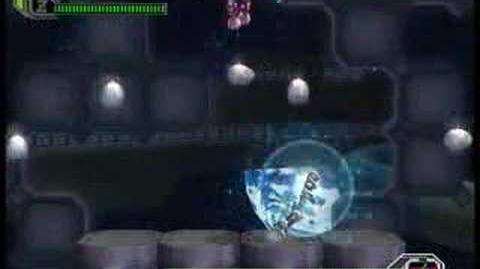 Retrieved from "https://megaman.fandom.com/wiki/Gigabolt_Man-O-War?oldid=352564"
Community content is available under CC-BY-SA unless otherwise noted.