MMKB
Register
Don't have an account?
Sign In
Advertisement
in: Articles in need of cleanup, NT Warrior stubs, Gospel,
and 3 more 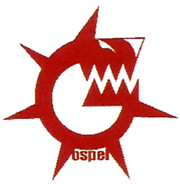 The NetMafia Gospel (ゴスペル, Gosuperu), known as Grave in the MegaMan NT Warrior anime and manga, is a criminal organization from Mega Man Battle Network 2 and the second half of the first season of the anime. In Battle Network 2 and the manga, it is led by Sean Obihiro in the guise of Gospel leader. In the anime, it is led by a robot when takes on the appearance of Gospel leader known as Kid Grave.

In the games, Gospel's base of operations was in an apartment complex in Kotobuki Town.

Gospel was founded and ran by a young boy named Sean Obihiro, to whom life had been cruel to for years. He created an internet alias and began making friends, eventually creating the Gospel netmafia to get his revenge on the world. The organization was likely created around the time of WWW's demise.

Gospel's first in-game seen operation involved Arashi Kazefuki who tried to hold a rich kid hostage for ransom money. He chose Yai Ayanokoji as Arashi sabotaged the bathroom's ventilation system, filling the house with gas. Lan Hikari and MegaMan venture in the system and defeat Arashi's Navi AirMan saving Yai. Around the same time Arashi, who was on the Metroline, reports his failure to his superior who reminds Arashi that, due to having failed a handful of missions, he has outlived his use and was to be killed by a bomb set in a nearby briefcase. Although he was not seen in the game anymore Arashi survives.

A later attack by Gospel is perpetuated by Speedy Dave as he plants several bombs in Okuden Valley's dam. Lan, who was camping with his friends, and Eugene Chaud team up to stop the threat; as Chaud handles the bombs, Lan stops the four detonators. The fourth is in the hands of Dave who reveals he wants to flood DenCity in order to teach humanity a lesson about caring for nature. Lan and MegaMan Jack in Dave's detonator as they face QuickMan, Dave's Navi and defeat him. However QuickMan was the detonation program which is ready to explode. However, Chaud and ProtoMan appear, delete QuickMan and let them know the bombs were stopped while arresting Dave. This attack was likely sanctioned to spread the terror of Gospel to the net as it was unrelated to Gospel's later plans.

Gospel later becomes much more aggressive in their attacks as they begin to assault governmental servers to cripple countries. Mercenaries Dusk (called Dark in-game) his Navi ShadowMan and solo Navi CutMan are sent to perform this mission. As ShadowMan destroys the main forces, CutMan deals with surviving Navis. They carried a successful attack on YumLand destroying their King and the soldier Navis. A single survivor remained who tried to alert other countries. MegaMan reaches YumLand as they were following a trail left by a message in a balloon. They find the survivor who reveals that he sent the message, and alerts him of Gospel's threat. CutMan appears and tries to delete the survivor but is defeated by Lan and MegaMan.

They alert Yuichiro Hikari of Gospel's incoming attack. Yuichiro instructs them to get a Chng.Bat program to power up MegaMan for the battle. NetSquare is assaulted by Gospel, being able to defeat the City Netbattlers until Lan and MegaMan return and defeat the intruders. The attack, however, was a decoy from the main target, the Mother Computer. Lan and MegaMan make their way, aided by Official Netbattlers who sacrifice their Navis to let the duo pass, as ProtoMan battles ShadowMan. Lan and MegaMan reach the main server and encounter ShadowMan as ProtoMan was fighting a fake. MegaMan is given a powerful weapon program to attack ShadowMan and ProtoMan arrives and holds ShadowMan down but he uses his Ninja Navis to shield him from the blast and ProtoMan is injured. Lan and MegaMan are forced to fight ShadowMan and defeat him after a tough battle. An agent overseeing the operation reports (likely) to Sean about his failure of adequately measuring the potential of Lan and Chaud. Sean has him executed for his ineptitude.

A meeting is later held in Netopia for Netbattlers to stop Gospel, where it is revealed they plan to create a SuperNavi that once completed will be invincible and therefore, they must defeat Gospel in time. The meeting is sabotaged by Gospel who traps the Netbattlers in a trap-infested castle controlled by electronics. The Netbattlers fight their way as many operatives are taken down leaving only Lan and Chaud who suspect each other and battle. Raoul, who regains consciousness, reveals it was Princess Pride, an attendee who had faked her demise, who set the traps. Lan and MegaMan are the only ones left so they battle Pride through a Wireless Connector. They face KnightMan and defeat it. Pride tries one last attempt but the trap backfires on her leaving her incapacitated. Chaud later speculates she wanted revenge on her country's behalf for being ignored by other countries despite their initially rapid net technology growth. The netbattlers were all found to be injured but alive.

As Lan and MegaMan prepare to travel back, the Airplane is sabotaged by Gauss Magnus and MagnetMan who try to steal the "Highpower Program" for the SuperNavi. Lan and MegaMan are forced to fix the multiple malfunctions and face MagnetMan while Gauss reveals his hatred for the current society believing it to be twisted, as he believes life treated him unfairly in comparison to his brother and despite becoming a successful businessman, his bitterness never subsided. Lan and MegaMan defeat MagnetMan as Gauss is apprehended by nearby passengers. Although arrested he succeeded in his task. Interestingly, Sean, who was without his disguise, was a passenger, thereby suggesting that he was overseeing Gauss' mission and was also reminiscing about the accident that took his parents' lives.

Gospel soon unleashes its most lethal attack to date, with FreezeMan: their Supreme Commander's "Civilization Destruction Plan". Using its ice abilities, FreezeMan infests the net with ice that blocks net paths, leaves Navis stranded and causes environmental control systems to malfunction. This, in turn, causes natural disasters to ravage the world. Lan and MegaMan are forced to help people in order to craft cures to break through the ice in an attempt to stop the threat. They make their way to the Undernet via a secret path in Kotobuki known as UnderKoto and fight a Gospel Navi who reveals FreezeMan is in Kotobuki. The Navi leaves behind a Gospel ID the duo uses to find their base in the net and fight FreezeMan for the BlueFrag in order to craft the final cure to the ice. They defeat FreezeMan causing all ice to disappear, preventing a colossal quake from hitting Electopia. Although Gospel is believed to be defeated, their actions do not stop.

ProtoMan faces several Gospel Navi copies while Netcrime is on the rise. Lan and MegaMan inspect KotoSquare and find Navis multiplying through an abnormality they cannot stop. Yuichiro tells them that magnetic radiation is increasing in Kotobuki Town so the duo, with a MagSuit, travels to the town to find an apartment, that serves as Gospel's HQ, which is glowing with radiation so strong it is twisting the boundaries between the real world and the cyber world. Lan and MegaMan find their friends in the building who had come to help them. Dex overexerted himself opening a path for the duo to continue. Fighting through a magnetic-riddled network and Gospel Navi copies, the duo reaches the top floor.

On Gospel's main server room, they find Sean in his disguise who reveals his plan to conquer the world with an army of SuperNavis while voicing his disgust for society, was watching it from his monitor and was delighted on the crimes ordered while evading responsibility for the perpetration. He offers the duo to join Gospel but they refuse. They make their way to stop the SuperNavi and encounter their friends' Navis who attack them as Sean claims that he reprogrammed them. They turned out to be fakes who are soon eliminated by the originals, who in turn are defeated by a ProtoMan copy who is likewise destroyed by its original. Lan and MegaMan find the SuperNavi Bass and defeat him.

Sean's disguise crumbles and, irritated by this, begins to overload the server in order to power up Bass. The overloading causes the magnetic radiation to skyrocket so Lan and MegaMan are left alone as their friends evacuate. They question Sean's motivations to push himself so hard, as he reveals he has nothing but hatred for the entire world. The overload fails miserably as Yuichiro reports to Lan that Sean's design has a major flaw and can never create a Navi but rather a Multibug Organism, thereby spawning Gospel. The Bug monster is uncontrollable and if left to exist, will plague the net with bugs. Lan, impaired by the magnetism, operates MegaMan with his heart through Hub.Bat and defeats the monstrosity. This causes the server to explode, thus leaving Sean unconscious.

Lan and MegaMan then read Sean's diary who was nearby and, upon learning of the circumstances he went through, feel sympathy for their enemy for whom computers and internet were his only comfort. Sean awakens and, visibly scared, resigns himself to his fate. Lan, after learning of Sean's life, instead offers a hand of friendship. Although Lan insists that Sean will have to face punishment for his misdeeds, he vows that he will be around as his first friend. Sean breaks down into tears at this offer. He is later arrested for his crimes, although it is hinted the authorities softened his punishment given the antecedents of his life. Either with full or partial freedom, he's later seen playing with Lan and his friends.

During a camping session, Yuichiro reveals to Lan that the cyber-armor used by Sean was likely riddled with a brainwashing program and that the true mastermind behind Gospel was hiding. The perpetrator would later be found to be Lord Wily as he utilized Sean in order to acquire Bass. Although the organization was destroyed and failed to create Bass copies, the true Bass was freed and rampant.

During development of Mega Man Battle Network 2, Director Masahiro Yasuma wanted the enemy to be a new organization. However, a producer came and wondered why Wily wasn’t the enemy, so they made Wily the one pulling the strings. He was thankful for making WWW work behind the scenes. [1]