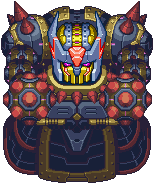 Hell the Giant (ヘル・ザ・ジャイアント, Hell the Giant), shortened as The Giant in the game's database, is a boss from Mega Man Zero 4, a giant Reploid that has spent a long time in prison. Zero engages and defeats it in order to save Neige from the Prison, where Craft was holding her captive.

Hell the Giant's only apparent weakness is its large head. The duration of the conflict has Zero dodging many attacks from its arms, but in-between Hell's attacks are good times to counter with Zero's own attacks. Hell does not have any elemental weaknesses.

One can dodge his single hamming punches easily by moving away to another part of the field. When Hell uses both fists, Zero must utilize his dashing as the fists collide to avoid the attack. An alternative is a double jump. Both require timing to perform correctly. Hell's final move demands wall jumping to avoid the shockwaves, and dashing to evade the collapsing ceiling that follows. 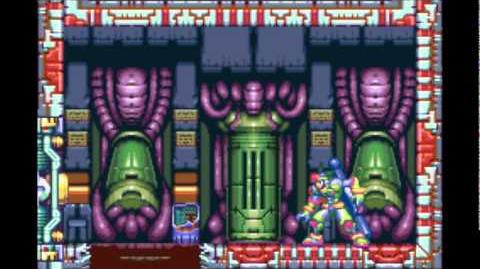 Retrieved from "https://megaman.fandom.com/wiki/Hell_the_Giant?oldid=278523"
Community content is available under CC-BY-SA unless otherwise noted.