IPC Incorporated, an acronym standing for "Ijuin PET Company" (伊集院ＰＥＴカンパニー) [1], is an electronics, video game, and appliance company in the Mega Man Battle Network video game series as well as the MegaMan NT Warrior anime series where it is called BlazeQuest Games. It is owned by Shuuseki Ijuin, the father of Eugene Chaud, who later takes the company over himself. It is a manufacturer of PETs and PET accessories among dozens of other electronics and appliances, and one of the five biggest companies in all of Electopia.[2] Because of the company's large income, IPC often sponsors lots of funds to scientists with cutting edge PET technology as the return. IPC also served as the primary sponsor of the N1 Grand Prix in Mega Man Battle Network 3. IPC only makes an appearance in Rockman.EXE Phantom of Network.

In the MegaMan NT Warrior anime series, the company is known as BlazeQuest Games (as Chaud’s name is Chaud Blaze), and plays a much larger role than in the games. While still the manufacturer of PETs, it also develops video games and several other electronics, and is a main competitor of |Yai Ayano’s company AyanoTech. BlazeQuest develops all of the new PETs and accessories seen in the series. Though Shuseki is still the owner and CEO, Chaud is seen doing much of Blazequest’s paperwork and business dealings. 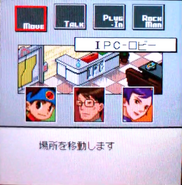 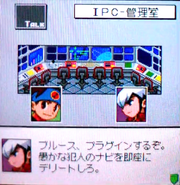 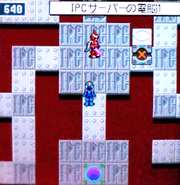 IPC Tower in the anime

Chaud's office in the IPC Tower