Single-player, multiplayer
Marvel vs. Capcom 3: Fate of Two Worlds is a fighting game for PlayStation 3 and Xbox 360 released on February 15th in the U.S., February 17th in Japan, and February 18th in Europe. This is the seventh fighting game released by Capcom with characters from Marvel Comics, and the fifth crossover between Marvel and Capcom.

The game features Zero and Tron Bonne as playable characters and Kattelox Island as a stage, with Tron Bonne (if she isn't in battle), Teisel Bonne, Bon Bonne and several Servbots present in the background, as well as the Gesellschaft, the Balkon Gerät and a Such Gerät. In the Daily Bugle stage, there is a parade with many balloons, one of them with the shape of a Servbot.

Mega Man X made his debut in the series with this game, but only as Zero's costume DLC, though he had his own model and catchphrases.

Ultimate Marvel vs. Capcom 3 is a new version of the game released in November 2011. The game includes all 36 characters from the original version, plus 12 new characters, 8 new stages, and updated gameplay. Shuma-Gorath and Jill Valentine, which were released as downloadable content in March 2011, return as downloadable fighters.

In October 2011, a new gameplay mode for Ultimate, "Heroes and Heralds," was unveiled at the New York Comic Con convention.[1] The new mode, made available for free as downloadable content, will feature single-player, multiplayer, and team-based campaigns allowing players to either be Heroes defending the Earth or Heralds sent by Galactus to destroy it.[2] In this mode, players must collect ability cards in order to upgrade and customize their characters with new powers, including invisibility, super armor, projectile invincibility and many others.[2] More than 100 cards are available, allowing for over one million possible combinations.[2] Some ability cards include Mega Man, Roll, Dr. Wily, Mega Man X, Vile and Servbot. X also appears as Zero's alternate skin costume. Mega Man cameos in the "Days of Future Past" stage (as the only hero who wasn't captured or killed by the Sentinels), in Thor's ending (as one of the faces of the "other world") and Nova's ending (being recruited into the Nova Corps alongside Roll, Zero, Proto Man, and Beat).

The downloadable content was later pulled when Capcom's license with Marvel ended, along with other downloadable content for other games in the MvC franchise, but following the announcement of renewal of their license and the upcoming release Marvel vs. Capcom: Infinite, UMvC3 was redeveloped for the Playstation 4, and released worldwide on December 3, 2016 as a downloadable title, with plans for an Xbox One and PC release.

Some cards from the Heroes & Heralds mode. 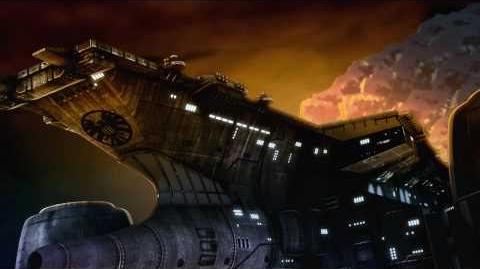 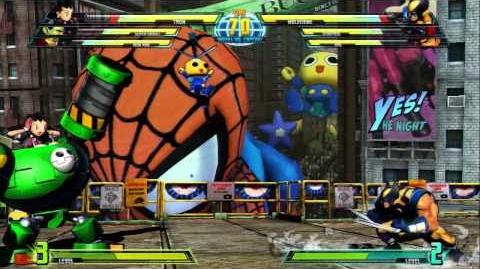 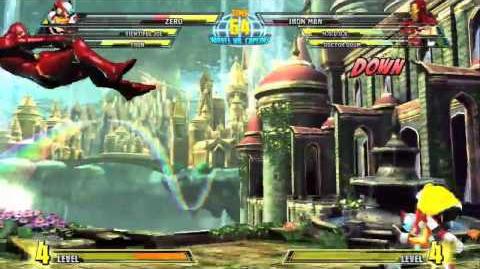