MMKB
Register
Don't have an account?
Sign In
Advertisement
in: Remakes and collections, Other consoles, Mega Man games

16-megabit cartridge, digital download, built-in game
Mega Man: The Wily Wars, known as Rockman Mega World (ロックマンメガワールド, Rokkuman Mega Wārudo) in Japan, is a remake compilation of Mega Man, Mega Man 2 and Mega Man 3, released for the Sega Mega Drive/Genesis. The game never saw a cartridge release in North America (although a release was planned[3]) and was only available for download through Sega's "Sega Channel" service in the mid-to-late 1990s. This game is featured as a built-in game in the Sega Genesis: Ultimate Portable Game Player by AtGames, but that version cannot access Wily Tower, as it cannot save.

Mega Man: The Wily Wars was re-released on the Sega Genesis/Mega Drive Mini on September 19, 2019.[4]

Retro-Bit Gaming announced a licensed physical reproduction cartridge of Mega Man: The Wily Wars to be released the future.[5] It was formally revealed on May 19, 2021 to be pre-ordered between May 21 through June 21 for $69.99 USD MSRP.[6]

The premise of the compilation involves the evil Dr. Wily building himself a time machine to travel back in time in an attempt to defeat the robotic hero Mega Man in one of their first three conflicts. In order to stop Dr. Wily, Mega Man was sent into the past in a time machine hastily crafted by Dr. Light, where he relives his earlier adventures in which Wily dispatches a set of powerful robots to take over the world which must be single-handedly stopped as before. After completing his travels through time, Mega Man must use all that he's learned and tackle the Wily Tower.[7][2]

It should be noted that there are some differences between the original NES versions of Mega Man, Mega Man 2 and Mega Man 3 besides enhanced graphics and sound quality. These changes can affect gameplay.

Wily Tower is an optional bonus game unlocked after clearing all three Mega Man games on the same save file. In Wily Tower, Dr. Wily has created three new robots specifically designed to destroy Mega Man to act as guardians of the tower. These robots are known as the Genesis Unit, since the game was released for the Sega Genesis, and are patterned on characters from the Chinese novel, Journey to the West.

Players are given the option to pick up to eight out of the twenty-two weapons from Mega Man 1, 2, and 3, as well as up to three out of the seven transport items from those games. (It is possible to begin a stage without selecting any weapons/transport items, but obviously not recommended unless you are looking for a self-imposed challenge.) Wily Tower stages feature nearly all of the enemies from the first three games, with notable exceptions being the Air Tikki from Mega Man 2.

Artist Keiji Inafune claimed that the development of the game was outsourced and rather slow going. He described the debugging procedure as "an absolute nightmare", even helping out in process himself as he felt bad for the person in charge. "It was so bad," he recalled, "I found myself saying, 'I can't believe we've made it out of there alive.'" The team later questioned whether the nightmare was "truly necessary", which led to changes in procedure to try and avoid similar situations in the future.[2]

With the theme of the game being the novel Journey to the West, Inafune stated that while drawing the three new boss characters he "tried to take the flavor of the theme and give it that Mega Man twist." Other than these characters, Inafune's only other illustrative contribution to the game was the depiction of Mega Man and Rush on the cover art.[2] The soundtrack of The Wily Wars, composed by Kinuyo Yamashita, consists of 16-bit versions of the original Mega Man musical scores, as well as new songs for the Wily Tower portion of the game.[1]

The cartridge version of the game is incompatible with North American Genesis consoles because of the regional lockout. However, if the player has a Galoob Game Genie cheat device, they can enter codes that bypass the lockout and allow the cart to play on the Genesis.

Using the code, ATNA-CAFG, will allow players to go directly to the Wily Tower, which is inaccessible through older emulators unless a patch has been applied.

Elements of the game were adapted into the Archie Comics Mega Man series, where it is combined with elements from the first four Mega Man games for Game Boy, including the Mega Man Killers and the time travel from Mega Man II. Mega Man #20 included an opening that seemed to be leading into the game, while Mega Man #55 involves Dr. Light having a vision of the conflict. 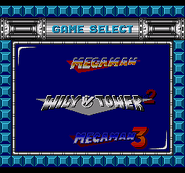 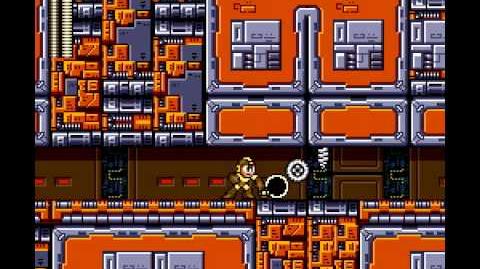 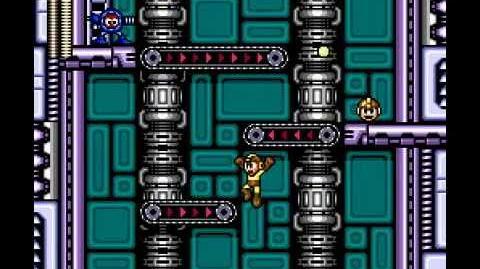 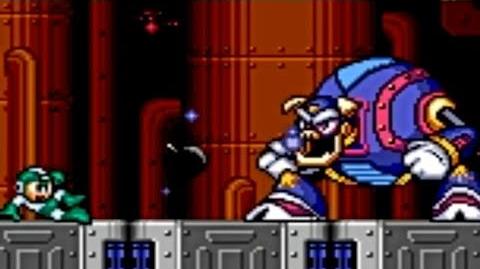