Mega Man, known as Rockman (ロックマン, Rokkuman) in Japan, was the very first Mega Man game. It was released in Japan and North America in 1987, with a much-delayed release in the United Kingdom and Europe in 1989 and 1990, respectively.

"It's Mega Man versus the powerful leaders and fighting forces of Monsteropolis - that strange multi-faceted land of robot-like Humanoids."

(the six industrial robots are shown)

But, with the exception of Mega Man, all of Dr. Light's near-human robot experimentation went awry. Assistant Dr. Wily turned disloyal, re-programming Dr. Light's Humanoids, now bent on destroying opposition so Dr. Wily could control the world and its resources.

Resisting re-programming, Mega Man is chosen as the defender of the universe and its inhabitants. Mega Man dares to single-handedly penetrate seven separate empires of Monsteropolis, eliminating the leaders and followers of these sovereignties."

Note: Several elements in the NES manual were invented by the Capcom of America localization team and are not officially in the series continuity. These things include Dr. Light and Dr. Wily being partners, as well as the city of Monsteropolis, ignoring the Rock and Roll backstory completely, and Wily attempting to reprogram Rock / Mega Man and meeting resistance.

To understand the story of Mega Man, one must look back at the events which occur before the game takes place and to do so, one can look to sources such as Rockman Perfect Memories which have taken the time to document the information reported by Capcom over the years in regards to the series:

The story of the Mega Man universe begins in the mid-20th century with the birth of Thomas Light and Albert W. Wily. These men would attend the same university, the Robot Institute of Technology,[1] studying the field of electronics and eventually receiving PhDs. Some years later, Dr. Light formed a laboratory with the ambition to use computer and electronic technology to benefit mankind in the coming era. Dr. Wily, meanwhile, tired of being one step behind Dr. Light, constructed a secret robot factory in the Pacific and began to plot a way to conquer the world.[2]

Dr. Light made his first leaps in the field of robotics, creating various robots to benefit mankind. Light realized the potential of his projects. He wanted to create robots that were human-like. He wanted to build robots that contained artificial intelligence within them. Thus, Dr. Light produced the first one of such robots - Proto Man. Proto Man was the base design of the Sniper Joe robots but was instilled with artificial intelligence, unlike anything the world had ever seen. Yet, Proto Man possessed a true sense of independence, one that made him much like true human beings. When it came to light that Proto Man had a faulty power generator, Proto Man misunderstood his creator's intentions, thinking that repairing him would take away his individuality. Because of this, he ran from the lab. (In the remake Mega Man Powered Up, Proto Man also seems to resent Dr. Light.)

Still, Light did not give up. Later he set to work on building a pair of robots, thinking that two would work together and overcome the independence issue. It was thus that Rock and Roll were born. Rock became the lab's new assistant and Roll became a housekeeper. With the success of this project, the good doctor went on to create six more robots, each for industrial assistance purposes: Cut Man, Guts Man, Ice Man, Bomb Man, Fire Man, and the prized Elec Man. (In Mega Man Powered Up, Oil Man and Time Man were added, although their canonicity is questionable.)

Soon, Dr. Albert W. Wily finally had enough of living in the shadow of his former colleague, Dr. Thomas Light. Light's reception of the Nobel Prize, as well as his winning the LIT Manual Design Contest drove him over the edge. Wily realized the potential of robots built with true A.I. - they could be used for other means.

Dr. Wily stole and reprogrammed all of Dr. Light's industrial robots. However, unwisely, he missed Rock and his "sister," Roll, as the helper robots did not suit his needs. Dr. Light soon discovered that his former colleague was to blame. With Wily on the loose with an army of intelligent and powerful robots, Dr. Light knew that the world's police forces and armies weren't ready to deal with this new challenge.

It was thus that Rock, the lab assistant, volunteered to be converted into a fighting robot. Rock had a strong sense of justice and couldn't sit by and watch his "father's" work be destroyed before his very eyes. As such, on May 25, 200X,[3] Light reluctantly converted the former lab assistant into a robot of unimaginable potential. Equipped with Ceratanium armor and the Mega Buster, Rock became known as the super robot Mega Man and set out for Wily's fortress to stop Wily from taking over the world.

There are four different mobile versions of the game. The 2003 and 2004 versions have extra modes and differences listed below. The 2007 version, which was released only in Japan, is closer to the original and has Roll as a playable character. Another version was released on January 5, 2017 that is known as Mega Man Mobile.

The 2003 version was available for only a few phones and was later replaced by an updated version in 2004, gaining graphical improvements and being compatible with more mobile phones.

After the release of the 2007 version, this version became known as "Rockman Lite" in Japan to distinguish it from the latest version.[4] It was removed from Keitai Capcom sometime between late 2009 and early 2010.

This version was only released in Japan. While the previous version had reduced graphics and modified stages, this version is closer to the original.

Mega Man featured two pause buttons, the Start button, which would pause the game and bring up the weapon selection menu, and the Select button, which would pause the movements of everything on screen. However, the Select button would not pause certain timers, namely the timer used for the temporary post-damage invincibility experienced by Mega Man and the bosses. As such, the player could fire a shot at a boss, pause the game when the shot hits the boss, wait about 1–2 seconds, unpause the game, and the boss would take damage again from the same shot (the game can be paused and unpaused again until the boss dies). This trick is notably easier with the Thunder Beam and Rolling Cutter, as shots from those weapons do not disappear after hitting an enemy (the trick IS possible with weapons like the Mega Buster, but the player must have precise timing to pause the game before the shot disappears). This trick allows for the easy defeat of difficult bosses such as the Yellow Devil in a matter of seconds.

To avoid this glitch in other games, it is no longer possible to pause the game with the Select button in Mega Man 2 and later games. This glitch was also fixed in remakes of Mega Man. In Mega Man Anniversary Collection's version, pushing the Start button brings up the overall menu for the collection. It has the same effect, but it is much slower and a little more difficult to do.

Join the blue bomber in his first adventure as he battles the evil Dr. Wily and his robotic henchmen to restore peace to a troubled world. Mega Man is a super-robot created by the genius scientist Dr. Light. When Dr. Wily goes rouge with an army of six of his own robot masters, it's up to Mega Man to put a stop to his nefarious plot by traversing a series of stages rife with enemies, traps, and perilous platform challenges. At the end of each stage, conquer one of the robot masters and claim his weapon as your own, using it to your advantage in subsequent fights!

Join the blue bomber in his first ever adventure as he battles the evil Dr. Wily and his robotic henchmen to restore peace to a troubled world. Mega Man is a super robot created by the genius scientist, Dr. Light. When another scientist by the name of Dr. Wily goes rouge with an army of six of his own devious Robot Masters, it's up to Mega Man to put a stop to his nefarious plot by traversing a series of stages rife with enemies, traps, and perilous platform challenges. At the end of each stage, conquer one of the Robot Masters and claim their weapon as your own, using it to your advantage in subsequent fights!

Join the blue bomber in his first-ever adventure as he battles the evil Dr. Wily and his robotic henchmen to restore peace to a troubled world. Mega Man is a super-robot created by the genius scientist Dr. Wright. When another scientist by the name of Dr. Wily goes rouge with six devious Robot Masters, it's up to Mega Man to put a stop to his nefarious plot by traversing a series of stages rife with enemies, traps, and perilous platform challenges. At the end of each stage, conquer one of the Robot Masters and claim its weapon as your own, using it to your advantage in subsequent fights! 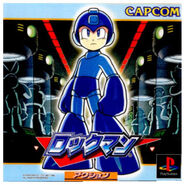 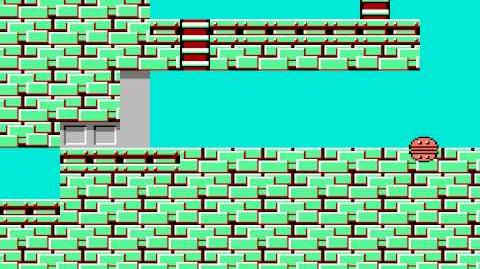