This game is in the continuity of Mega Man: The Power Battle, and both games were later released together in Rockman Power Battle Fighters and Mega Man: Anniversary Collection for PlayStation 2, GameCube, and Xbox, and Rockman Battle and Fighters for Neo Geo Pocket Color.

One day, while Dr. Light was researching an unknown energy source from space, his laboratory was attacked by Dr. Wily's robots. The unknown energy source and the new parts that were under development were stolen from the laboratory. And, if it weren't bad enough already, Roll was captured by one of the robots. Mega Man and Proto Man go to stop Wily and stumble upon Duo, a mysterious alien robot, who is willing to help. And Bass, still angry that Wily has revived more Robot Masters, again teams up with the good side to destroy the enemies...

Like The Power Battle, each character has an epilogue once the player beats the game. However, in The Power Fighters, the epilogues are more detailed and have more to do with past and future Mega Man games, providing vague explanations regarding characters and canon, most notably the Evil Energy incident from the then upcoming Mega Man 8 and how Dr. Wily created Zero from the Mega Man X series.

For completing a two-player game, whereas the ending in The Power Battle would show both player endings back-to-back, here a special new ending is presented depending on the character pairing. However, while the endings revolving around Bass' pairing with either Mega Man or Proto Man are completely brand-new, the rest are an enhanced version of one of the characters' ending with the latter character appearing in it. The most notable example is Duo, whose ending is generally the same, but has any of his partners appearing in that ending when paired up in a two-player game, with the dialogue on what they talk about based on who his partner was.

At the end of each story, the player(s) must fight the same Wily Machine; only the sidekick robots differ. Much like Power Battle, following the defeat of the Wily Machine, the player(s) confront Wily inside a "Wily Capsule", which must be defeated in the time allotted for additional points.

Much of the fighting system remains the same as its prequel, Mega Man: The Power Battle, but with new features included.

A fourth playable character available for selection. Like Mega Man, Proto Man, and Bass, Duo can perform a Charge Shot and a dash maneuver, his dash being a damaging shoulder charge named Giga Tackle.

Each character has a "special attack" that they can perform by charging their weapon fully, holding up then releasing the shot. Mega Man will perform the Mega Upper, a spiraling uppercut. Proto Man will unleash the Proto Strike, a short ranged flare. Bass will perform a somersault kick named Crescent Kick. Duo will use Giant Knuckle, launching his energized hand upwards. If the player presses the jump button after Duo does so, he will jump into the air, press the attack button next and the enemy will be smacked back down.

From time to time, Eddie drops by automatically, leaving a Support Item on the ground. Players can collect it to temporarily summon a robotic support. As long as these powers are active, however, no Special Weapons can be used. Mega Man and Bass receive support from Rush and Treble, respectively. When they fire a Charge Shot or use a special attack, the support will also attack. Mega Man can also jump on Rush to perform a higher jump with Rush Coil. Proto Man and Duo receive a shield from Beat that gives them immunity to damage.

Some short story-telling will pop up after destroying one of the six Robot Masters (it may be anyone from the second to the fifth boss vanquished) before reaching Wily's castle. The player will get back the stolen part and obtain a certain upgrade. Details are described below.

A robot looking like Dr. Wily jumps in. It will immediately break apart (by itself or by the player's robot) and release the part. The following changes will occur:

Roll is set free, and gives the part. The weapon energy bar gets longer then. If Roll is rescued after defeating the second boss, she will wink when giving the player the new parts.

Hold the up button while pressing the jump button will execute a super-jump. It is higher and lasts longer than the ordinary jump. But, neither Bass's air-dash nor everyone's wall jump will work during this airtime. 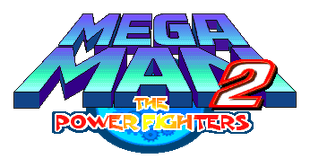 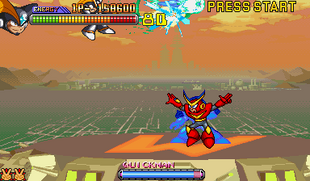 Bass hitting where a secret item is hidden. 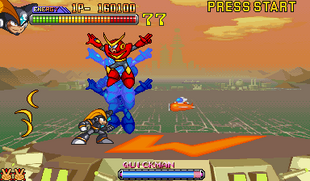 The secret item (Mobi-chan) worth 10000 points falling down. 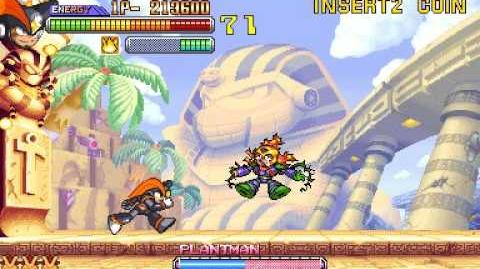