Mega Man 4, known in Japan as Rockman 4: Aratanaru Yabou!! (ロックマン4 新たなる野望！！, Rokkuman 4 Aratanaru Yabou!!, which means, "Rockman 4: A New Evil Ambition!!"), is the fourth game in the Mega Man series released for the Family Computer and NES late in the console's life (1991–93). The game introduced the New Mega Buster as well as the concept of a "fake" villain (Dr. Cossack).

Mega Man 4 was the first game in which it was not known that Dr. Wily was the villain, using a new antagonist until the end, Dr. Cossack. The game also introduced the New Mega Buster, an upgraded version of Mega Man's Mega Buster. This upgrade allows him to charge his shots for more damage. Eddie, a robot that gives Mega Man a random item, was also introduced.

A year after Gamma's defeat in Mega Man 3, many thought Dr. Wily was dead after he was crushed in the last game, and the world had been living in peace so far. However, Dr. Light received a message from a mysterious Russian scientist named Dr. Cossack, claiming to be the greatest scientific genius in the world and having been far too long overlooked, and sent eight of his strongest robots to destroy Mega Man and prove he is better than Dr. Light:

Good Evening, Dr. Light. Allow me to introduce myself - I am Dr. Cossack. You may not have heard of me, but soon the world will know my name.

Over the years, you have been hailed as the greatest robot designer in the world, while my robotic creations have been totally ignored. I cannot allow this to continue. The world must be made aware of my genius!

From my Siberian citadel, I've sent eight of my most powerful robots to destroy that titanium troublemaker, Mega Man. Once they have obliterated him, I will place his broken body on display for the entire world to see. Only then will I be allowed to take my place as the greatest robot designer of all time!

Cossack's army of robots began to make their move, so Mega Man went after Cossack with his New Mega Buster.

After defeating the robots and Dr. Cossack, Proto Man appears and reveals the truth: Dr. Wily, despite what many people believed, survived the events of Mega Man 3 and had coerced Dr. Cossack into building the new Robot Masters and standing for him as a puppet leader by kidnapping his daughter Kalinka and holding her for ransom. With Kalinka rescued by Proto Man, Wily steps out of the shadows, scolds Proto Man for betraying him, and dares Mega Man to come to his newest Wily Castle. Mega Man heads to Wily's citadel and defeats him once more.

Mega Man 4 had a manga adaptation.

The Archie Comics Mega Man series began laying the groundwork for a Mega Man 4 adaptation in its fourth story arc, Spiritus Ex Machina. Following up on the series' adapt of Mega Man 2, the arc introduced Dr. Cossack, his daughter Kalinka, and Pharaoh Man when they attended the Advanced Robotics Trade Show. After the Mega Man 3 adaptation, Dr. Wily and the X Corporation abducted Kalinka, which also saw the stage set for the Mega Man 4 adapt as Dr. Cossack announced his intentions to conquer the world near the end of the series. 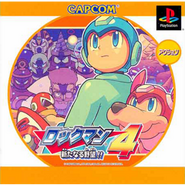 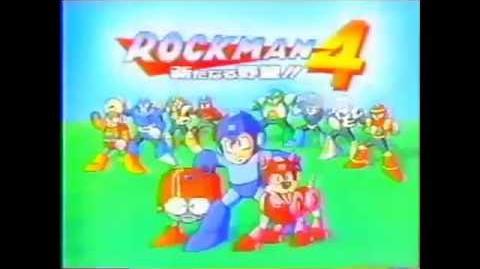