4-megabit ROM cartridge, CD-ROM, DVD-ROM, digital download
Mega Man 6, known in Japan as Rockman 6: Shijō Saidai no Tatakai!! (ロックマン6 史上最大の戦い!!, Rokkuman Shikkusu: Shijō Saidai no Tatakai!!, which means, "Rockman 6: The Greatest Battle of All Time!!"), is the sixth game of the Mega Man series and the last Mega Man game for NES/Famicom. It was released late in the life of the Famicom/NES, being released in 1993-94. The game introduced the idea of Rush combining with Mega Man to produce a combined form: Jet Mega Man and Power Mega Man.

In the year 20XX, Mega Man managed to stop Dr. Wily and peace returned again. To counteract Dr. Wily's ambitions of world domination, the World Robot Alliance was organized. One year later, with the cooperation of scientists around the world and the financial backup of the X Foundation, robotics has made dramatic progress, and it was decided that a robot championship would be held.

When the First Annual Robot Tournament was about to begin, the mysterious leader of the X Foundation, Mr. X, announces that he took control of the robots participating and will conquer the world with them. Mega Man asks why he is doing it, and Mr. X reveals that he was manipulating Wily from the beginning, but now that he got eight of the world's most powerful robots, he no longer needs him and dares Mega Man to face his power. Mega Man then set out to stop this new enemy.

From the manual and opening scene

The most talented robot designers from across the globe have come to the 1st Annual Robot Tournament sponsored by the billionaire Mr. X. Traveling from several countries, the designers have brought their finest cybernetic creations to do battle in a series of tests to see which robot can claim the title of "The Most Powerful Robot In The World."

Nothing seems strange as the contest begins, but when the top eight robots enter the arena for the final event, the lights dim and the mysterious Mr. X appears...

I wish to thank you all for coming to see the final event of my 1st Annual Robot Tournament. As you know, I have kept the final event of the tournament secret. This event will test the strength, skill and intelligence of each of these fine robots. In fact, it will also test the strength and skill of each one of you. That may seem strange, but I'm sure you will understand when I explain that the final test for these robots is to help me conquer the world!"

"Please excuse me and my robots as we teleport out of here, but we have a lot of work to do. But don't worry, you'll see me again soon. Very soon!"

Mr. X: "It's time to tell you the truth. I have been manipulating that fool, Dr. Wily from the beginning. But now I no longer need Dr. Wily's help. Come and face my power, Mega Man!!"

The game was adapted in the Rockman 6 manga by Shigeto Ikehara and in the Mega Man Megamix manga story "The Greatest Enemy in History" by Hitoshi Ariga. In Mega Man Megamix, the Robot Masters are referred to as MXN. 041 through MXN. 048 because they were not created by Dr. Wily; rather, they were created by the finalists of the 1st Annual Robot Tournament held by Mr. X and taken control of during the tournament.

Elements of the game made their way into the Mega Man series from Archie Comics prior to it going on indefinite hiatus. Some notable liberties were taken, such as introducing a creator character for Plant Man, Dr. Pedro Astil, and introducing the X Foundation, renamed the X Corporation at the conclusion of the Mega Man 3 adaptation. The latter concept notably featured Mr. X as a separate character from Dr. Wily and as a future version of Xander Payne, a character exclusive to the comics who became involved in time travel after being part of an anti-robot extremist group known as the Emerald Spears. A view of the events of Mega Man 6 in the series' final issue prior to the hiatus hinted as Xander's overthrow and Wily's seizure of his resources and alias. The X Corporation's resources also provide Wily with the means of laying the groundwork for other schemes, including the abduction of Kalinka Cossack leading into Mega Man 4. 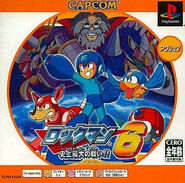 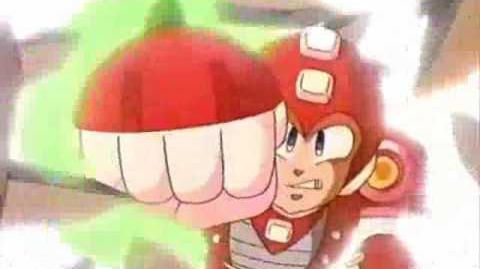