"In the year 20XX AD, the world cheered Mega Man when at long last he captured and imprisoned Dr. Wily. But... Dr. Wily always knew his schemes might end in failure and had planned for just such an occasion. Four robots had been hidden away and after six months without being contacted by Dr. Wily, they activate and begin searching for their master..."
―Intro for Mega Man 7

Mega Man 7, stylized as Mega Man VII on the title screen and known as Rockman 7: Shukumei no Taiketsu! (ロックマン7 宿命の対決!, Rokkuman 7 Shukumei no Taiketsu!, which means, "Rockman 7: Showdown of Destiny!") in Japan, is the second game in the classic Mega Man series to be released on the Super Nintendo Entertainment System. Additionally, this game introduced Auto as Dr. Light's lab assistant, who runs a shop where Mega Man can purchase items and upgrades in exchange for bolts/screws. However, it also introduced Bass and Treble, two major antagonists. This game also introduced the Super Adaptor which is a combination of the Rush Power and Jet adapters from Mega Man 6.

In the closing of Mega Man 6, Dr. Wily was put in jail. What Mega Man didn't know was that Dr. Wily had robots hidden somewhere is his lab. After six months without Dr. Wily's input, the robots would activate, and search for Dr. Wily.

The robots gave a city a surprising attack, looking for their master. Mega Man and Dr. Light watch the robots help Dr. Wily escape from a far distance. Mega Man goes out to stop Dr. Wily. Along the way, he encountered Bass, another humanoid robot, and Treble, his mean robotic wolf. They are also trying to stop Dr. Wily. The battle began...

Story (from the manual)

"The world's pulse raced with excitement! Everyone truly believed the conniving Dr. Wily had been stopped for good and imprisoned by the valiant Mega Man. Reporters jockeyed with cameramen for snapshots as the infamous Doctor hung his head while being dragged away in handcuffs. Dr. Wily would soon be behind bars. Or would he?

Dr. Wily was ready for anything. He had known his dastardly plans would end in failure some day, so after six months without contact his laboratory sprung to life. Monitors whirred into action, lights flashed and the lab control panel booted up. In no time four hidden robots emerged. The robots then began a rampage in search of their master. Wily had done it again. Nothing would get in their way!

The world's racing pulse turned to nervous fear as a city was pummeled. Wasn't Dr. Wily in jail? Why was this still happening. The four robots took no heed to the great robot creator named Dr. Light. Mega Man found Dr. Light and the canine cyborg Rush fallen in the streets.

"Mega Man! We have no time," replied Dr. Light. "Dr. Wily is using his robots to cover up his escape. You must go! Follow his spaceship!!!"

Mega Man, Dr. Light and Rush looked on in horror as Dr. Wily's spaceship shot out of the prison. Dr. Wily was on the loose!"[1]

Six months after Dr. Wily's imprisonment, four robots that had been hidden away in his lab activated and began to wreak havoc in the city, using it as distraction to break Wily out of prison. Mega Man went to investigate and, upon his arrival, met up with the mysterious Bass and Treble, a robot and his dog who appeared to be after Wily as well.

After defeating the four Robot Masters, Mega Man returned to Dr. Light's Laboratory, only to find that Wily attacked the Robot Museum and stole a Guts Man. Then, four more Robot Masters attacked. In the attack, Bass was damaged (by Shade Man), so Mega Man sent him to Dr. Light for repairs. However, when he returned to the lab, it was badly damaged, and Dr. Wily appeared on the screen to mock them and reveal that Bass and Treble were his creations. Mega Man set out for Wily's lab to get his revenge.

In the end, he defeated Bass and Treble and crushed Wily, but when Wily begged once again, Mega Man debated internally whether or not he should kill Wily. Wily reminded Mega Man that robots must never harm humans, as it is against one of The Laws of Robotics. Before he could decide, however, Bass and Treble came and rescued Wily, with Bass quoting Joseph Addison: "He who hesitates is lost." Mega Man then leaves Wily's Castle and walks away as it explodes, with Bass and Treble looking on from a nearby cliff. Meanwhile, a shooting star streaks across the sky, setting the stage for Mega Man 8.

There is a password that allows the eight robot masters to be fought in any order, which is 1755-8187-6486-2322. However, this code does not work in the Mega Man Anniversary Collection edition. Also, the Museum stage doesn't appear after finishing four of the Robot Master stages, skipping the part where Mega Man witnesses Guts Man being stolen by Wily and the fight with Mash. It also skips the Intro stage, and starts the game right into the Stage Selection screen.

At the end of the Staff Roll, a 16-digit number appears at the bottom of the screen; "1415-5585-7823-6251". Inputting this number as a password starts the game at the final Dr. Wily stage with all weapons and items, including four Energy and Weapon tanks, four Beat Whistles, an S Tank, and 999 Bolts. The same password also grants access to the game's two-player mode, which is accessed by inputting the above command and holding L and R before and while pressing Start. In the Mega Man Anniversary Collection, the X and Y (or square and circle on PS2) buttons have to be held instead.

The Versus Mode is a secret two-player fighting mode accessed with the code mentioned above. The players can choose either Mega Man or Bass. Both of them attack with their busters, which cause 1 point of damage, and it can be charged to cause 2 damage. Both can perform a faint warp for protection. Each of them has two special moves that cause 3 damage. When a character takes too much damage, they will be temporarily stunned, with a small DeluPipi rotating above their head.

Mega Man 7 had a manga adaptation, and elements of the game made their way into Mega Man Gigamix and the Mega Man series from Archie Comics prior to it going on indefinite hiatus.

In the Archie Comics series, the Robot Masters made their early debut in the Worlds Collide crossover as part an army under Dr. Wily and Dr. Eggman. Auto also made his early debut in Mega Man #9. Bass made his first official appearance in Mega Man #20 as one of Mega Man’s foreshadowed events of the future and later made a cameo in Mega Man #55. The Super Adapter made its early debut in the Worlds Collide crossover where it bolstered Mega Man's energy reserves to allow him to confront Doctors' Wily and Eggman and although it wasn't created at the time, it also appeared in Worlds Unite. 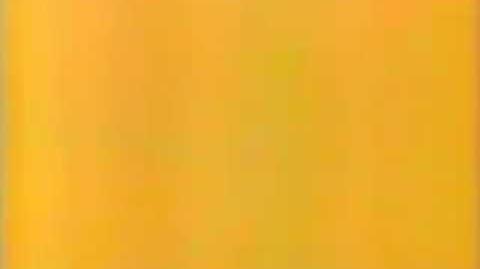