Mega Man 8, known as Rockman 8: Metal Heroes (ロックマン 8: メタル ヒーローズ, Rockman 8: Metal Heroes) in Japan, was released for the Sony PlayStation and Sega Saturn from 1996-1997 and is the eighth game in the classic Mega Man series. The game is the first in the classic series to feature anime-style full-motion videos (FMV) in order to tell the story and is the first and only game (aside from the DOS game Mega Man 3) in which Mega Man is capable of swimming. The game also marks the tenth anniversary (1987-1997) of the Mega Man franchise, and limited copies were released with a color history booklet called "Mega Man Anthology" celebrating the series' history.

In the year 20XX, two strange beings are fighting each other in outer space. As they collide into each other, they start falling towards Earth. Meanwhile, Bass and Mega Man are fighting on Earth, but the battle is cut short when Roll calls Mega Man. Dr. Light tells them that a strange meteor with a powerful energy signature has fallen on an island, and Mega Man is sent there to retrieve the meteor before it falls into the wrong hands. However, the island was Dr. Wily's current secret base, and he escaped with the extraterrestrial energy from one of the robots. Mega Man found the other robot badly injured in a crater and sends him to Dr. Light to be repaired.

Mega Man defeats four Robot Masters that attack various places on the globe and, when he returns to Light's Lab, he brings a mysterious energy found in the robots and finds that the robot is undergoing repairs. Then, while talking to Light, the robot breaks free and heads out into the desert. Mega Man follows him and they fight briefly. Proto Man intervenes in the battle and tells Mega Man that Wily's new fortress, "Wily Tower", is up ahead. Mega Man goes ahead and is captured by one of Wily's robots, but the robot he fought before saves him and introduces himself as Duo. Duo explains that the other robot contained "Evil Energy" within it and that Wily was using that energy to make his robots more powerful. Mega Man needed to destroy the energy sources from the barrier protecting the Wily Tower, which was being protected by four Robot Masters.

After destroying the second four Robot Masters, he enters Wily Tower and fights against Bass and Treble, and, in the end, Dr. Wily. Mega Man was injured by the Evil Energy in the process, but Duo saved him and left him out in the desert, where Proto Man found him when he awoke and told him that Duo was thankful for his help. 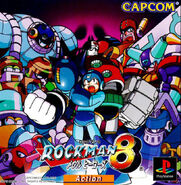 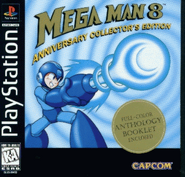 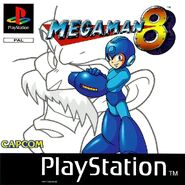 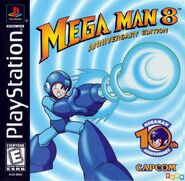 American box art (alternate).
Add a photo to this gallery 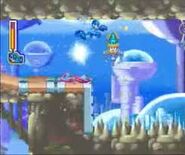 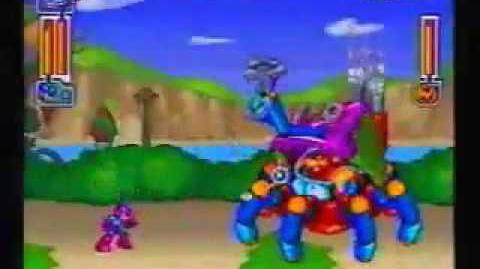 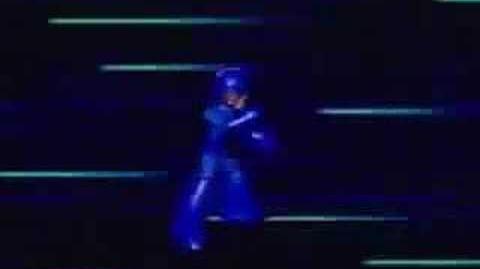 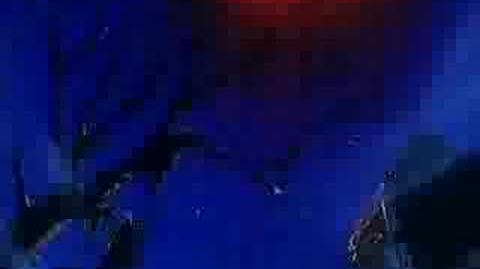 Megaman 8 intro
The Intro of the game. 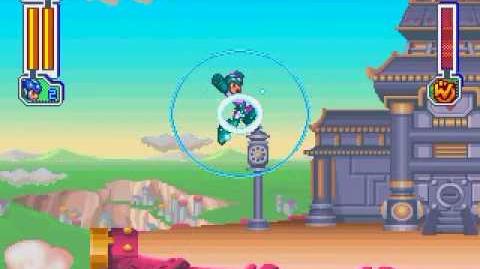 TAS Mega Man 8 PSX in 47 06 by FractalFusion
Full Playthrough of the whole game.
Add a photo to this gallery

Retrieved from "https://megaman.fandom.com/wiki/Mega_Man_8?oldid=259532"
Community content is available under CC-BY-SA unless otherwise noted.