Digital download
Mega Man 9, known in Japan as Rockman 9: Yabou no Fukkatsu!! (ロックマン９ 野望の復活！！, Rokkuman 9 Yabou no Fukkatsu!!, which means, "Rockman 9: The Ambition's Revival!!"), is the ninth numbered installment in the classic Mega Man series. The game was developed by Capcom and Inti Creates, and was published by Capcom in 2008 as a digital download for the Nintendo Wii (WiiWare), Microsoft Xbox 360 (Xbox Live Arcade) and the Sony PlayStation 3 (PSN). With the closure of the Nintendo Wii Shop Channel, [1], the purchase of Mega Man 9 and all DLC on the Nintendo Wii and Wii U (via backwards compatibility) was officially discontinued in January 30, 2019.

According to Capcom's own Keiji Inafune, who was working closely with Inti Creates on the project, the game was developed using an 8-bit graphics and music engine to bring back the nostalgia of the NES-era Mega Man games. Like in Mega Man and Mega Man 2, Mega Man is unable to slide and does not have a chargeable Mega Buster; this was done to make the game's challenge and handling more in-line with the first two games in the series. While cutscenes are used to tell the story, they are 8-bit in nature and similar to the ones in previous titles such as Mega Man 4. According to Inafune, the game is "just as much a new Mega Man game as it is a new NES game".

It is the year 20XX. Since Dr. Wily's last defeat, the Blue Bomber has seen peace return.

Just when people forgot all about Dr. Wily, robots all over the world began going crazy. It soon became apparent that these robots were those created by Dr. Light. As phone calls came pouring into Light's lab, Dr. Wily interrupted all television programs to announce that these robotic riots were not his doing. He then continued to show video evidence that proved Dr. Light's involvement in the recent violent outbreaks. To make matters worse, Wily gave the account number to his personal bank account and announced that he would accept donations to build his own robot army to counter that of Light's. Mega Man quickly volunteered to clear Light's name and was sent out to investigate the source of the problem.

Before long, the police came to Light Labs to arrest the good doctor, but Light went along quietly to prove his innocence. Meanwhile, Mega Man went after the Robot Masters and, after he defeated a few of them, discovered that they were scheduled to be decommissioned and sent to the junkyard because they had reached the expiration date assigned to them by the government. Once the final Robot Master had been taken down, Mega Man brought back one of the robot's internal memory units to Auto for investigation. As it turned out, Dr. Wily had reprogrammed the robots, who were scheduled for demolition, to rise up against their human masters rather than be destroyed. All the robots wanted to do was have a purpose, and they certainly did not want to be sent to the scrap heap.

After they had viewed the video, Dr. Wily burst into their lab and stole the memory circuit and then withdrew to his newly constructed Wily Castle. Mega Man made his way through the fortress, fighting powerful robots built with the money Wily received from donations from those concerned with the robot uprisings. In the end, Mega Man defeated Wily once again, and showed him footage of every single defeat he had dealt Wily. Although Wily seemed contrite and apologetic, he tricked Mega Man into thinking that Dr. Light was, in fact, imprisoned in a jail cell in the next room. Although Proto Man warned him that it was a trap, Mega Man went to investigate the cell and was electrocuted by the Dr. Light decoy that was in the cell instead. As Wily's lab self-destructed, Proto Man returned and teleported Mega Man out of the lab just in time.

In the end, Light was released from prison. He then found useful purposes for all of the Robot Masters he had designed, which had reached their expiration dates.

Although the ending states that Dr. Wily was nowhere to be found after the destruction of his base, the credits show Concrete Man chasing him.

Mega Man 9 has received highly positive critical reception. IGN gave the game an 8.6 and awarded it with an Editor's Choice award. It was praised for "having some of the best level design in the series".[2] GamesRadar & WiiWare World gave the game 9/10.[3][4] GameSpot gave the Wii and PS3 versions 8.5 out of 10.[5]

Mega Man 9 had a short manga in Rockman 9 Arrange Soundtrack, and the Mega Man comic series from Archie Comics incorporated some elements of the game, although the series went on hiatus before it could adapt the full storyline. However, the characters of Splash Woman and Concrete Man were notably introduced early by the writers in order to make their decision to join forces with Dr. Wily all the more tragic when it actually happened. In the final issue of the series before the hiatus, Dr. Light experienced a vision in which he saw the eight Robot Masters of the game looking sad and an inexplicable countdown alluding to their imminent obsolescence. An unused design for Hornet Man was also modified and used for a new character in the series, Vesper Woman, who was introduced in Mega Man #54. 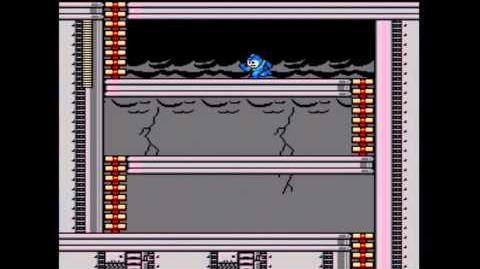