*Dr. Wily is unlocked after completing the game. Only playable in Versus and Time Attack modes.
**Duo is playable only in Versus and Time Attack modes. Outside Japan, Duo is unlocked after obtaining all four hidden parts that appear after defeating the Black Troop members, the player also needs to beat the Grand Prix mode four times with the same racer in the same save file to unlock him. In the original Japanese release Duo is unlocked only by loading a special save given in a promotional event from the Dengeki PlayStation magazine or using a cheat device. When starting the game with the save, a cutscene will introduce Duo and his machine, he replaces Bass in the opening race, and the message "デューオ登場" ("Duo Appears") is present in the title screen. In the PlayStation the Best for Family version, Duo is available from the beginning, the special cutscene being absent. 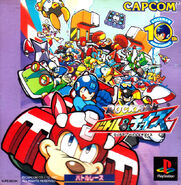 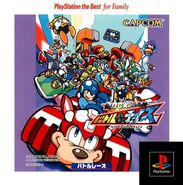 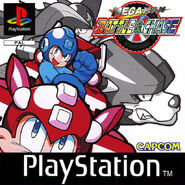 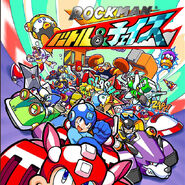 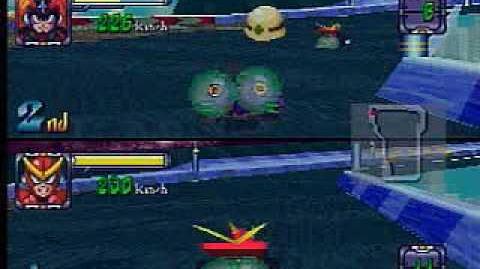 The game was adapted into a manhua by Wu Yang titled "Rockman Battle & Chase" where it focused primarily on Shadow Man entering the "Battle & Chase" competition to obtain money for a house for his family.

The game was also referenced in Archie Comics' Mega Man comic series during the Sonic & Mega Man: Worlds Collide crossover with Sonic the Hedgehog. In Sonic the Hedgehog #251, the sabotaged boards responsible for the disabled weapons systems for Dr. Eggman's station, B. and C. was a reference to the game.