Due to it’s popularity, it was followed by five mainline sequels as well as several side stories and a spin-off.

Story elements of the the first game as well as the second and third games were loosely adapted for the first season of the Japanese animated series MegaMan NT Warrior, which followed the year after.

Direct from the instructional booklet

In 200X the rapid advance of Internet technology has created the "network age." Everyone now carries a portable exploration device called "PET". This personal terminal is an advanced personal digital assistant. Using it, you can make phone calls, send and receive emails, keep a calendar, store data, shop online and check news from around the world. PET is so convenient and helpful that it has become essential for everyday life!

Every PET uses a personality simulation program called NetNavi (Internet Navigator). By customizing the PET's NetNavi program, the user can give the NetNavi a unique personality - and even talk to it.

But as the network world expands, network crime is raging. Hacking and computer virus epidemics have become major issues. At the top of the criminal list is a mysterious organization called "WWW" (World Three), a group of incorrigible computer hooligans.

To protect their computers, people have begun installing Battle Chips - special chips encoded with battle programs. When a Battle Chip is inserted in the PET, the operator can arm the Navi to fight off viruses and the Navis from hackers. This is called "virus busting" and has become so important that is now taught in schools.

In the world of virus busting. Lan and MegaMan.EXE are about to meet their match...

In 20XX, the human race is in the "network age". Everyone has a PET (Personal Exploration Terminal), an all-in-one device which has replaced cellular phones enabling email, phone calls, calendar, data storage, shopping and news access. It is essential to everyday life. Many everyday items are now networked together. Because of this, NetCrime has increased to exploit the vulnerabilities of the new highly networked societies either through hacking or using viruses. One such NetCrime group known as the WWW (World Three) is responsible for multiple serious NetCrime incidents.

Lan Hikari, and MegaMan are drawn into these ACDC incidents starting with oven malfunctioning incidents caused by WWW operator Mr. Match in his own home and an attack by Higsby at ACDC Elementary School. But primarily, an attack on the WaterWorks by Dr. Froid and the subsequent involvement of rival and official NetBattler Eugene Chaud, inevitably pit Lan and MegaMan against the World Three. These crimes however are the beginnings of a plot known as "EndGame", by NetCrime syndicate the WWW, led by Lord Wily to steal the four elemental super programs in order to generate the Life Virus to delete net society and plunge the world into chaos. Despite Lan and MegaMan's efforts, the World Three manage to obtain all the programs to generate the virus. The Virus itself is prepared to be launched in a hacking missile to infect vulnerable military satellites and their networks around the world.

It is revealed the this plot is revenge on the Hikari family, because of Lan's grandfather Tadashi Hikari. Thirty years prior, both Dr. Hikari and Dr. Wily were working on government projects in order to win an international competition. At Hikari's laboratory, Tadashi worked on networks and NetNavis whilst Lord Wily focused on developing Robotics. One day, the government cut funding to Robotics in favor of further developing network technology. Wily left Hikari's lab [1] and pursued NetCrime from a secret laboratory in the mountains. WWW agents were able to infiltrate ACDC Town through a hidden subway underneath ACDC Elementary School. During a final bout with MagicMan, MegaMan is severely injured. It is revealed that MegaMan contains the human DNA of Lan's twin brother, Hub, who passed away when he was very young. In order to revive him, Lan's father gives him the Hub.BAT program to sync Lan's DNA with Hub's, his monozygotic identical twin. Hub.BAT removed the 0.001% difference in DNA, making MegaMan's code 100% in sync with Lan's DNA, meaning that any damage to Hub would also damage Lan.[2] With the Hub.BAT, MegaMan is able to fight and defeat the Life Virus.

The game has eight bosses, each of which is a NetNavi operated by a WWW member, and a final boss. GutsMan.EXE and ProtoMan.EXE are in-between bosses and their operators are not WWW members. 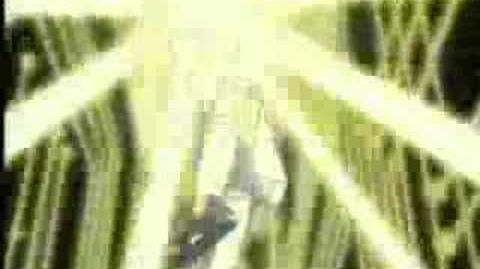