Depending on the version of the game, different opponents and scenarios will occur, as well as Double Souls obtained. In between tournaments, a criminal organization called Nebula will attack and spread corruption with the use of Dark Chips. These are Battle Chips infused with the power of darkness. They grant immense firepower compared to a regular chip, but spawns a dark soul and does a small amount of permanent HP damage to the NetNavi that uses it.

Meanwhile, an asteroid was traveling through space, heading for Earth. The scientists at NAXA (ANSA in Japan) attempt to divert it. When their laser strategy failed, they decided to send a NetNavi into the asteroid's cyberworld and change its course. The Navi was chosen through an international tournament, which Lan and MegaMan ended up winning.

Nebula attacked again, but MegaMan was able to delete the head Navi and reached the main program operating the asteroid. The program was called Duo and was planning to destroy Earth because of the high levels of dark energy. Lan and MegaMan proved through battle that all people had the ability to conquer their inner darkness, and successfully averted destruction.

One great difference here is the introduction of the Emotion Window. Previously, finishing off enemies with a Counter hit with anything, inclusive of the Buster, will yield Bug Frags used to trade for items. Now, the player can only counter with non-dimming chips, and doing so will grant them Full Synchro, a powerful state where the next chip used inflicts double damage. In addition to Full Synchro, there are also Anxious, Angry, and Dark Soul states.

Another thing to note is the removal of the Add Button, and the loss of two Custom slots. This has reduced the potential chip-choosing capacity, but has given way to a few things. First, the Double Soul Button takes the place of the Add Button after MegaMan receives his first Soul. In certain souls, the missing two Custom Slots will be filled with other things, like the Shuffle button in Search Soul, and recycled chips in Junk Soul.

The player can now find Mystery Data in battles. Even a single hit from a Buster shot will destroy the data, but if the player keeps it intact up to the end of battle, they will gain bonus data, which can range from rare chips to Bug Frags.

The game also introduces Dark Chips. When MegaMan enters the "Anxious" state, he cannot use Double Souls, but instead can use the Dark Chips, which appear two at a time in the formerly missing chip slots. These introduce several harmful effects, but at the same time grant MegaMan immense power and access to special chips that are only usable in Dark Soul.

Navi Chip versions have been traded out from V1/V2/V3 to V1/SP/DS. SP chips are only obtainable by S-ranking Navis without using Dark Chips, and can be powered up depending on how fast you delete the Navi, with the attack maxing out when the Navi is deleted in under 10 seconds. DS chips are obtained only by fighting Navis under the effects of Dark Soul, or through special Mystery Data that appears in Black Earth.

Style Changes are gone; replacing them are Double Souls and Dark Soul. Double Souls are unique, version-exclusive transformations that last a limited time, require a chip sacrifice, but give MegaMan special abilities, like charging certain chips for double damage - an ability that was absent with Styles. This added more uniqueness with the transformations MegaMan undergoes.

The Navi Customizer also has a mild change. Instead of different Styles being able to equip certain colored parts, MegaMan can equip any colored part, as long as he does not equip more than four colors in the NaviCust.

An odd change in this game is the lack of storyline - instead, the player must play through the game at least three times to fully collect all of the items, while facing stronger versions of the viruses and bosses. Blue and purple mystery data also change what items they give if they were collected on a previous playthroughs. Most of the data collected in previous playthroughs are carried over to other playthroughs. The repetitive gameplay has been a major turn-off for most players, resulting in the bad reception the game received.

One may also notice that this game has a different art style compared to the previous ones, along with a different town layout for ACDC. These changes would later carry over into the final two games of the series. 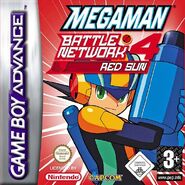 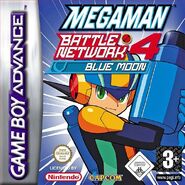 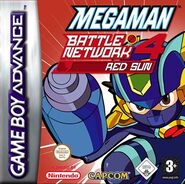 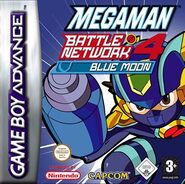 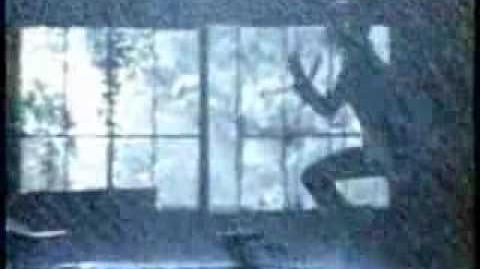 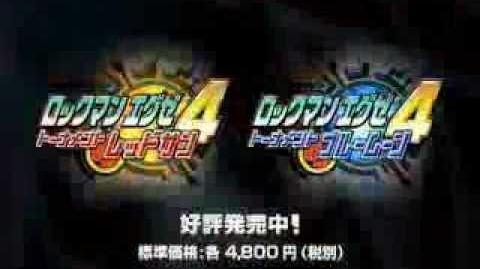 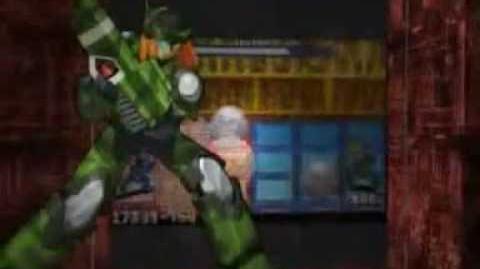