Story elements from Battle Network 5 were loosely adapted for the Rockman.EXE Stream anime and for the film Rockman.EXE: Hikari to Yami no Program.

Direct from the Instruction Manual

It's been a month since the battle with Nebula, the Dark Chip Syndicate - a battle for the fate of the earth itself. Today Lan Hikari and his friends are visiting Yuichiro Hikari in SciLab, the Department of Science. Lan's father has exciting news.

Just before Dr. Hikari shares his big news, a mysterious group of Navis appears out of nowhere and takes over the Internet!! Even the lab's own computers are hacked, and all systems shut down! Amid the chaos, suddenly sleeping gas is hurled into the lab. One person after another drops to the ground, including Lan's father.

Luckily Lan happens to remain out of sight when the sleeping gas goes off, and manages to hold on to consciousness for a while longer. Lying there in a groggy state, Lan sees Dr. Regal, leader of Nebula, towering over the unconscious bodies. So Regal is alive after all!

"Master Regal, what about his friends?"

"Confiscate their PETs. Without them, they'll be helpless anyway."

After stealing everyone's PETs, Regal rushes out of the Department of Science. And this is the last thing Lan sees before finally succumbing to the sleeping gas.

The largest change in Battle Network 5 would be the Liberation Missions, which blends the traditional battle system of the series with turn-based strategy elements. Players have a set number of turns where they must attempt to complete the Liberation Mission if they wish to get one of its better rewards. This is also the opportunity where players can control different Navis other than MegaMan, and do battle using these Navis.

Dark Chips now have a library of their own - and can be inserted into the folder, complete with their own element and code. They are restricted to three per folder, and can be used to activate the new transformation - Chaos Unisons. They allow for characters to use the sacrificed Dark Chip as their charged shot without its side effects, at the risk of having to time it properly, lest they face bringing out Dark MegaMan if it backfires.

Boss Navis can now yield Dark Soul versions of their normal chips, and can be obtained if the player S-ranks the bosses Beta version, or score a rank of 8-10 for its Omega version.

Soul Unisons also have undergone some changes. They can now be unlocked after finishing a Liberation Mission that focuses on that Navi. Their charged attacks are now Buster-dependent, and Navi Customizer parts have been introduced to allow their duration to be extended. 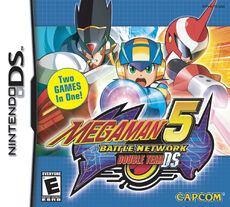 Mega Man Battle Network 5: Double Team DS is a collection of Team ProtoMan and Team Colonel packaged into one Nintendo DS game (though the games are still separate, so all elements from one game are separated from the other), with a few new features, including the new "Critical" Emotional State. In this state, the Emotion Window would turn pink and the player would yell something into the microphone. If they succeeded, MegaMan would gain some randomly selected combination of two bonuses from instant Full Synchro, HP recovery or a barrier. This game features also: 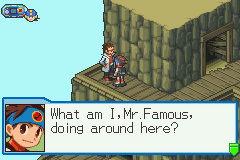 Many textual errors exist in the games' dialogue. 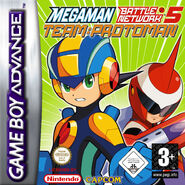 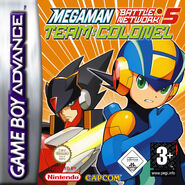 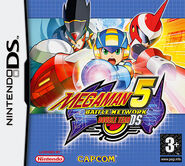 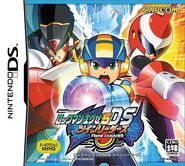 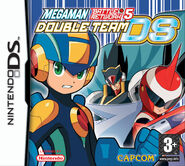 Background image of Lan from the cover. 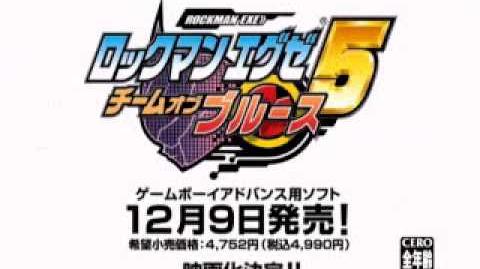 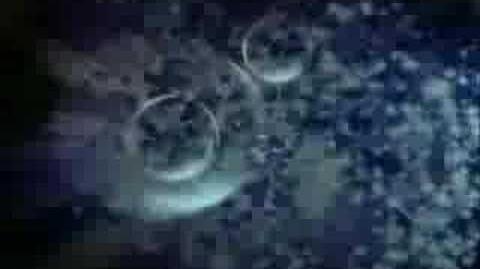 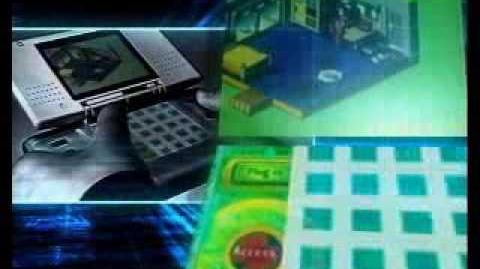 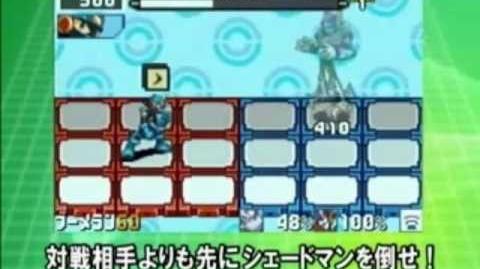