Mega Man II, known as Rockman World 2 (ロックマンワールド2, Rockman World 2) in Japan, is the second game in the Mega Man World series of side games for the Nintendo Game Boy. It was followed up by Mega Man III in the same year, while the game's story is expanded on in the Japanese only game Rockman & Forte: Mirai Kara no Chōsensha for the WonderSwan.

Like its predecessor, Mega Man: Dr. Wily's Revenge, Mega Man II reuses content from the NES games, both graphics and actual level construction. The first four available Robot Masters and their stages are from Mega Man 2, while the last four are taken from Mega Man 3. The game also introduces many of Mega Man 3's features to the Game Boy series. Mega Man is able to slide. Rush also appears for the first time in the Game Boy series, allowing the use of the Rush Coil, Rush Marine, and Rush Jet. The game also features full stages for the last four Robot Masters, rather than single-room boss fights as in Mega Man: Dr. Wily's Revenge. However, these stages are still accessed via Wily Teleporters, rather than a traditional stage select screen, and special weapon energy does not recharge between these stages. This game is currently available to download on the 3DS Nintendo eShop.

Even after his crushing defeat at the hands of Mega Man during the events of Mega Man: Dr. Wily's Revenge, Dr. Wily was already planning his next scheme. If he could get his hands on the time machine (named Time Skimmer in the American manual) that was being developed at the Time-Space Research Laboratory (named Chronos Institute in the American manual), he thought he just might be able to change the past.

After stealing the time machine, Wily had wanted to set out immediately on a trip across time, but had to put an emergency brake down on his plans when he discovered that the time machine had a serious flaw.

Meanwhile, Dr. Light had been dispatched to the time-space laboratory to investigate. With the help of Rush’s super-sense of smell, he was able to deduce that it was none other than Dr. Wily behind the theft. Having a bad feeling about the incident, Dr. Light quickly called upon Mega Man and Rush to search out Dr. Wily’s whereabouts.

Dr. Wily having finally managed to modify the time machine, discovers that the time machine could now only travel into the future and back, not into the past. Dr. Wily modified his plan and decided instead to spy on Mega Man’s future. Travelling into the future (approximately 37.426 years in the American manual), Wily found that the future was peaceful, as his future self had reformed and Mega Man, no longer needing weapons, had been reset back into a peaceful household robot. Recognizing this chance, Wily convinces his future self to abduct the now defenseless Mega Man. Dr. Wily then proceeds to capture Mega Man, and modifies him into the fighting robot Quint, reprogramming him to make him fight against the Mega Man of the present.[2][3]

Back in the present time, Mega Man and Rush were finally closing in on Wily’s fortress, defeating the first four once again revived set of Robot Masters. After penetrating into Wily's lair, Mega Man finds another four Robot Masters awaiting him via teleporters. Mega Man manages to defeat all eight of his adversaries and engages his modified future self Quint in combat. After defeating him, Mega Man obtains his weapon, a pogostick-like device called the Sakugarne. With it, he makes his way to Wily's space fortress and defeats him yet again.

This story is later expanded on in Rockman & Forte: Mirai Kara no Chōsensha, where it is revealed that Dr. Wily had created a prototype of Quint, Rockman Shadow, but discarded him in favor of the real Mega Man. Rockman Shadow upgrades himself and destroys the future in his timeline, bringing the canon status of Mega Man II into question. However, as Mirai Kara no Chōsensha itself is arguably non-canon and no official statement has been made as to the fate of Mega Man in the future, it is unknown if the future of Mega Man becoming Quint has been avoided or not.

After defeating all the bosses, Mega Man must fight against Dr. Wily.

Jeremy Parrish of 1UP opined Mega Man II as "Not Worth It!", summarizing it as "a random assortment of enemies and stages from Mega Man 2 and Mega Man 3 from NES, downsampled and downscaled for Game Boy". Mega Man II has been re-released as part of the Nintendo Player's Choice line of budget titles in North America. The game was made available on the Japanese Nintendo Power cartridge service on March 13, 2001. Capcom announced a compilation release of the five Game Boy Mega Man games for a release in 2004 on the Game Boy Advance, but it was cancelled. On July 18, 2013, it was confirmed that Mega Man II is planned for release on the 3DS Virtual Console, which came out in Japan on September 25, 2013, in North America on May 8, 2014. and in the PAL region on August 7, 2014.

The game had a manga adaptation, Rockman World 2.

The Mega Man Archie Comics series incorporated elements of the game, though a full adaptation was not produced before the series went on hiatus. Quint notably appeared twice in Mega Man #20, displaying elements of his own character as well as that of Rockman Shadow, the primary antagonist of Rockman & Forte: Mirai kara no Chōsensha. He subsequently made appearances in Mega Man #55, in which Dr. Light saw in vision his conflict with the present day Mega Man followed by Mega Man's transformation into Quint in the future. 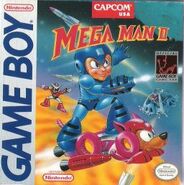 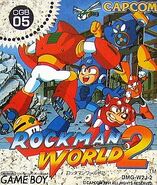 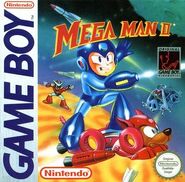 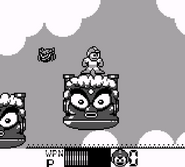 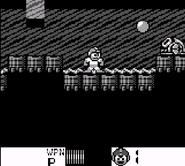 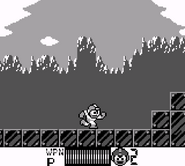 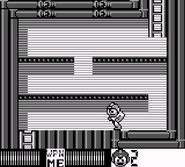 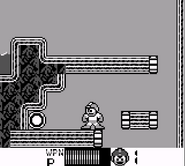 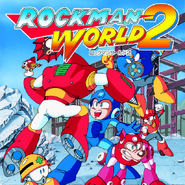