Mega Man III, known as Rockman World 3 (ロックマンワールド３, Rockman World 3) in Japan, is the third game in the Mega Man World series, released in December 1992. This game is also available to download on the 3DS Nintendo eShop.

Mega Man III uses content from its NES counterpart, Mega Man 3, as well as from Mega Man 4. Following its predecessors for Game Boy, there are only four Robot Masters available to choose at the start of the game, all of which are from Mega Man 3. An additional four Robot Masters are accessible once the first four are completed, the latter all coming from Mega Man 4. Mega Man III also adds some additional features first seen in Mega Man 4, including the ability to charge the Mega Buster to release a Charge Shot, as well as Eddie appearing in certain stages, dispensing a random item.

A few months after Dr. Wily's defeat in Mega Man II, several bad news were reported in Dr. Light's Laboratory from around the world, including abnormal weather, transportation failures, and industrial abnormalities. Apparently, the functions of the super computer managing people's everyday life around the world has malfunctioned, and an army of robots began rampaging, causing panic in the city. Dr. Light deduces that Dr. Wily must be running powerful jamming waves to interfere with the super computer and is behind the army of robots, and asks Mega Man to stop the robots.

Mega Man takes down the first four Robot Masters and makes his way to the Wily Castle, where he discovers that four more Robot Masters await him. After defeating them, he encounters a new Mega Man Killer named Punk in the Wily Station, whose Screw Crusher delivers a crushing blow to its opponents. However, Mega Man promptly defeats Punk and defeats Wily with Punk's own weapon.

"We have a CODE RED emergency off our northen coast. Dr. Wily has taken control of an oil platform and is drilling through the earth's crust. He plans to tap energy generated by the earth's magma to fuel his newest robotic monstrosity! We need you to go in and melt this robot down to size."

"My intelligence sources say that Dr. Wily has eight of your old foes waiting for you, so I'll have Rush and Flip-Top meet you there. Get going and good luck."

The editors of GameSpot consider Mega Man III a rare find because it was never re-released in budget form like the two games before it.[1] Mega Man III was made available on March 13, 2001 for the Nintendo Power cartridge service in Japan alongside the other four Game Boy Mega Man games.[2] All five games were to receive an enhanced remake compilation on the Game Boy Advance in 2004, but the project was ultimately cancelled.[3] A redesign of Punk was featured in the spin-off game Mega Man Battle Network 3.[4] A stage featuring the boss Punk was part of the downloadable content for Mega Man 10 in 2010.[5] On July 18, 2013, it was confirmed that Mega Man III was planned for release on the 3DS Virtual Console,[6] which came out on October 9, 2013 in Japan and in North America on May 8, 2014. [7] 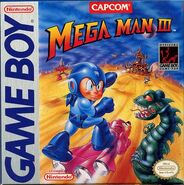 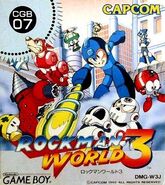 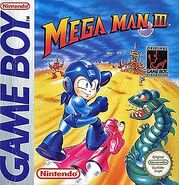 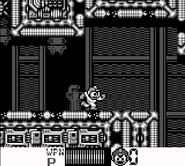 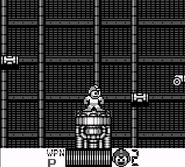 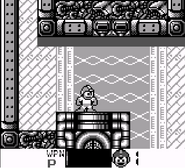 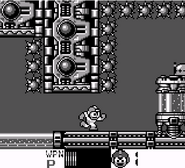 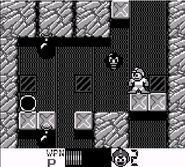 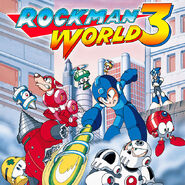