Like its predecessor, Mega Man Legends 2 is also in 3D. Some features in this game include:

After recovering from engine failure two years prior, MegaMan Volnutt, Roll Caskett and Data continue their quest for the Mother Lode. Verner Von Bluecher, Professor Barrell's companion, has built an airship named "Sulphur-Bottom", which he claims is strong enough to penetrate the storm hovering over Forbidden Island (an unexplored island that they've attempted to explore before). However, while en route, a mysterious woman, disguised as a reporter, attempts to dissuade Von Bluecher, Barrell and all those on board to enter Forbidden Island. When she fails, she orders Gatz to fire at the Sulphur-Bottom, but what was supposed to be a warning shot severely damages the airship and it begins falling towards the island.

MegaMan and Roll, watching the entire event on TV, head towards Yosyonke City to ask for help and to learn more about Forbidden Island. After rescuing the Digger Joe from the Abandoned Mine in the outskirts of the city, they manage to borrow a dropship and set forth for Forbidden Island. After fighting numerous Reaverbots and witnessing various sights, the storm stops and the Sulphur-Bottom is rescued.

On board the Sulphur-Bottom, Von Bluecher and Barrell entrust MegaMan and Roll with the task of looking for and retrieving the Keys to the Mother Lode, lest they be found first by the Air Pirate Alliance who may use them for evil. Along the way they try to find out more the mysterious woman that resembles Roll's mother, Sera, the mysterious girl found on Forbidden Island, and MegaMan's forgotten past.

Rockman DASH 2 - Episode 1: Roll's Critical Moment (ロックマンＤＡＳＨ２ エピソード１ ロールちゃん危機一髪！, Rokkuman DASH 2 Episōdo 1 Rōruchan Kiki Ippatsu) is a demo of Mega Man Legends 2 (Episode 2) with four missions that came with the Japanese version of The Misadventures of Tron Bonne and the PSP version of Mega Man Legends 2. The only special weapons available are the Buster Cannon and Homing Missile (which are found in Treasure Chests, surprisingly). Missions 1 and 4 contain elements that were cut from the final game, like one way doorways (which work similar to disposal chutes).

The English version of The Misadventures of Tron Bonne has three missions from the complete game instead of the original demo, which are the fight against the Jagd Krabbe in Pokte Village, the boss from Saul Kada Ruins, and the Forbidden Island. Despite this, the instruction manual kept the description of the Japanese version.[2] 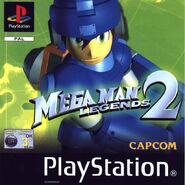 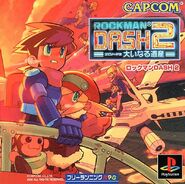 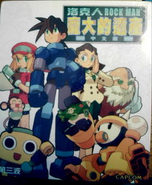 Promo art of the PlayStation cover.
Add a photo to this gallery 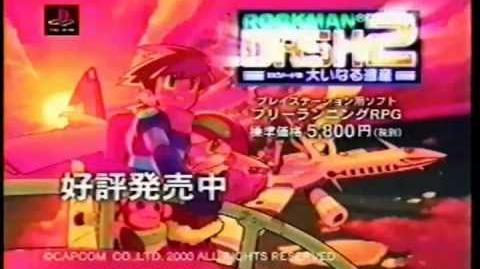 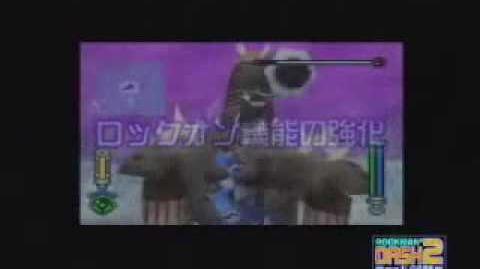 Retrieved from "https://megaman.fandom.com/wiki/Mega_Man_Legends_2?oldid=353670"
Community content is available under CC-BY-SA unless otherwise noted.