The game's story would have continued right after the events of Mega Man Legends 2. Two new characters, Aero and Barrett, would join returning ones to help rescue the protagonist, Mega Man Volnutt, from Elysium.[2] Chris Hoffman of Nintendo Power implied the finished game may have focused on a mysterious item known as the Klicke Lafonica and the aftermath of the Elder System reactivating at the end of Legends 2.[3]

Fans had the opportunity to be part of the development process as they interacted directly with the team. "We have wanted to create a new installment in this series for a number of years," commented the title's original executive producer, Keiji Inafune. "And it is great that we now have the opportunity to bring this title to the Nintendo 3DS."[4]

Capcom created a development room website, "Devroom" for short, in Japan and North America where fans could see the game's development and held events and contests for fans so they could collaborate: 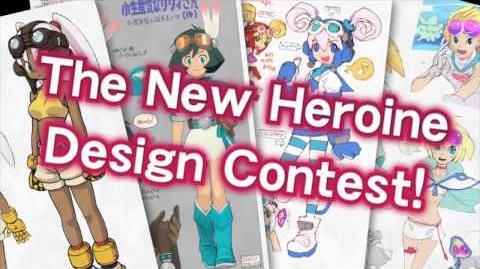 The Prototype's first mission has Reaverbots dropping from the sky (apparently from a structure in the sky) and attacking Teomo City, and it was up to Barrett to help evacuate the island and destroy the Reaverbot attackers. The missions that followed were all told as flashbacks, and the last mission brought things full circle and added some context for that Reaverbot attack.[24][25] The missions are:

After completing all missions, the player would gain access to debugging features that allow to modify parameters from the game such as attack range, movement speed, and reduce gravity for high jumps.

On July 18, 2011, a message was posted in the Devroom announcing the discontinuation of the project. The reason for the cancellation was that "it was not felt that the Mega Man Legends 3 project met the required criteria".[1] No further explanation was given, and the Japanese Devroom was closed on August 19.[26] 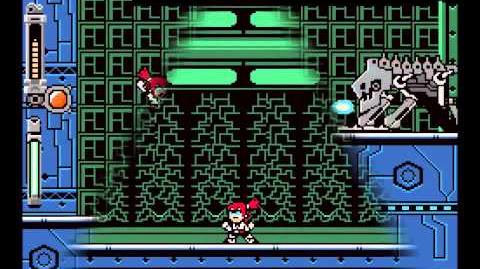 With two Mega Man games cancelled in the same year (the other being Mega Man Universe) and Mega Man Legends 3 being the sequel of a game released ten years ago, many fans were disappointed with Capcom for this decision, as it was said that the Prototype's sales would determine if the game was going to be released or not,[23] but it was cancelled regardless, and later it was said that the Prototype was practically ready to be released.[24] Also, it was said in Capcom Europe's Twitter that few fans took part in the Devroom and should have worked more in the game,[27] even through the Devroom's promotional video clearly stated that "it's OK to just hang back and watch" and the North American and Japanese Devrooms together had over 13400 members at the time and rising. Capcom Europe later apologized saying that it was a misunderstanding, as Twitter has a limit of how much can be written in a post.

In response, many fans started campaigns to convince Capcom to continue Mega Man Legends 3's development, including a Facebook group by the name "100,000 Strong for Bringing Back Mega Man Legends 3", also known as Get Me Off The Moon, which reached its goal of 100,000 members by April 25, 2012.

The group made several things to show how much they like the series and call Capcom's attention, such as fan art, arranged music, and fan games, including a game starring the character Tuttle,[28] and a 3D reproduction of the original game using Unity3D.[29] One YouTube user pulled together many angered fans, and together, they sang an altered version of Do You Hear the People Sing? from the hit musical Les Miserables.[30] Fans created a functional model of the game's rocket, which was launched on February 9, 2013.[31][32][33] A 8-bit fan game of the Prototype Version was developed by Japanese fans, with the assistance of Hideki Ishikawa and Makoto Tomozawa, and was released in 2014.[34]

In an interview with Game Informer, Mega Man 11 director Koji Oda said that he's "well aware that there is a voice out there that wants something new for games like Mega Man Legends and Battle Network."[35]