A major feature in this game is the OOPArt, an ancient artifact originating from the Mu civilization. Mega Man, under excessive exposure to the OOPArt, gains the ability named "Tribe On".

It's been two months since Mega Man's battle with the FM-ians...

Geo Stelar no longer uses a Transer, and has now upgraded to the Star Carrier, a new type of mobile terminal. Geo is excited about trying it out, and it is at that point that his cohorts in adventure - Prez, Bud, and Zack - drop in on him.

Prez tells everyone they should make a trip to see the sights and sounds of IFL Tower in Wilshire Hills. As Electopia's largest city, it is the center of all that is cool and cutting edge. The group is excited at just the thought of going there.

But while Geo and his friends are enjoying their time in Wilshire Hills, something terrible and unexpected occurs... A mysterious man appears and throws the denizens of Wilshire Hills into a panic when he unleashes a horde of Viruses!

With the help of his partner in adventure, the alien Omega-Xis, Geo Wave Changes into the hero known as Mega Man! The battle with a new, terrible enemy is about to begin!

The game takes place about two months after the events of the first game, Geo has gotten used to life with Omega-Xis, and made friends with his classmates. He also gets a Star Carrier, a more advanced version of the Transer, which forces him to erase his BrotherBand with his friends.

One day, Geo and his friends decide to go to Willshire Hills, and go see the IFL Tower, where they see the Star Carrier's best feature - Matter Wave - EM Waves which are materialized in the real world and are functional like a normal item. While watching a movie at the cinema, they are attacked by a man called Hyde, and his unusual EM friend, Phantom who is an Unidentified Mysterious Anomaly, or UMA for short, and Mega Man fights his EM Wave form, Dark Phantom. Dark Phantom is later revealed to be working for Dr. Vega, a scientist who is obsessed with reviving the lost continent of Mu, with the aid of her EM Being known as Hollow. She has also allied herself with UMAs and Solo, the sole descendant of the Mu continent, who is able to EM Wave Change by himself into Rogue.

The game is from this point forward presented episodically, following a basic formula: Dark Phantom and his UMA allies target humans that are unsatisfied with their lives, promising them power and influence. However, unlike the merge between Geo and Omega-Xis, these humans merge somewhat involuntarily and lose control of their bodies during the conversion. Mega Man has to defeat them in order to rescue the human from the enemy UMA's control.

After a few incidents, Geo is asked on a date by Sonia in the IFL Tower, and are going to a display of the lost continent of Mu, which is displaying an OOPart (which is determined by the version the player is playing), a device with incredible power which Dr. Vega is after. Solo appears and tries to steal the OOPart, but Omega-Xis accidentally eats the OOPart, leading to strange dreams about the OOPart trying to take Geo's and Omega-Xis' body. Days later, Solo comes to Echo Ridge to take the OOPart from Geo and they battle in their Wave Forms, and after the battle Solo realizes that in order to defeat Geo he must destroy his bonds, and using a machine which creates dimensional holes, he cause Zack, Bud and Sonia to disappear, but Mega Man manages to save Luna from the same fate. Geo torments himself for this event, believing he was not powerful enough to save the others. Soon afterwards, Dark Phantom kidnaps Luna, taking her to the cinema and transforming her into Queen Ophiuca, which Mega Man defeats. Mega Man is then cornered by Dark Phantom, and is almost devoured by the OOPart from within, but Luna's voice gives him strength to control the OOPart and defeat Dark Phantom.

After looking and finding his friends in different areas, such as Zack at Lake Mess, which leads to fighting Plesio Surf, and Bud in Whazzap, which leads to fighting Terra Condor. Geo finds Sonia and Lyra, and discovers they are working with Vega. He is crushed that Sonia breaks their BrotherBand, but soon realize that she did it in order to protect him from Vega, who promised to not harm Mega Man as long as Harp Note would help her. Unknowingly, they are watched by Hollow who then confronts them, and brings Solo to his aid. Solo then shows he has removed all of his bonds and replaced them with the Indie Proof, which grants him the Mu Barrier. Mega Man and Rogue fight, and Mega Man is defeated and the OOPart is taken from him. Although losing the OOPart, some of its energy still remained within Omega-Xis, which gives Mega Man the power to still be able to Tribe On.

The OOPart is then used to revive the continent of Mu, but Mega Man is able to get into Mu through the Bermuda Maze and defeat the enemies inside (with the help of Rogue, who was betrayed by Vega). Vega tells Mega Man she wishes to destroy the citizens of Earth and create a new civilization using the "God of EM Waves" - Le Mu. She then reveals the motives of her actions are because she has lost her loved one - Altair, the only one she created a BrotherBand with, in a war, which caused her to become bitter and hate the world, so she became a scientist and created the first ever Matter Wave. Mega Man fights and defeats Le Mu, but Le Mu is not destroyed. Hollow senses that Lady Vega is in trouble and comes to her aid after fighting with Rogue in the sub-dimension, and is damaged by Mega Man, revealing that under his armor he is actually a replica of Altair, a mere Matter Wave, which was created by Vega as the first Matter Wave in order to replace her lover Altair. However, he did not have the memories of Altair, and was merely a hollow shell who served Vega faithfully. Vega reveals the reason she wanted to revive Mu was because of the advanced technology of the Murians, which possibly would revive Altair. After that, Vega commands Le Mu to crash the continent of Mu down to Earth, to destroy humanity, but Le Mu creates a huge explosion which knocks back Mega Man and Vega.

Hollow is able to save Vega from the explosion, but dies soon after. Hollow's prayer reaches Altair, who tells Vega to let go of revenge and instead live a happy, peaceful life. Mega Man then goes back to stop Le Mu, and before giving up, he is contacted by his friends who has seen all of his actions through the Star Carrier, and tells him everyone no longer fear, which gives him immense power, and using his Mega Buster and the voices of his friends, he is able to shoot and destroy Le Mu. He then collapses from exhaustion as Mu falls apart into the ocean.

The credits roll, and during the credits the OOPart is shown sinking down into the ocean, and hieroglyphs showing some of the events from the game. Geo then has a dream about talking with his dad, Kelvin Stelar, who tells him to hold onto his bonds. Geo then wakes up in Echo Ridge next to Solo who saved him from drowning, but Solo insists it wasn't from charity, saying "Your body got in my way, so I carried it here". Solo wishes to challenge Mega Man again one day, then leaves as Geo is reunited with his friends.

Similar to the previous game, this one also remarks the importance of Relationships and bonds as part of society. But in a slightly dark turn, the bonds are now measured in numbers called "Link power" which gained importance in business, meaning high Link Power means the person gains a special treatment as customer. This new kind of privilege turned society into using Link Power as number rather than the meaning behind it, turning it into something futile and using friendship only as a mean of getting what they want.

In terms of design themes, the space, constellations and star themes of the previous game have been exchanged for themes of different cultures of the world: The Nazca lines, a location resembling the Scandinavian lands, ancient ruins and others, while the transformations draw inspirations from Ninjas, Knights and Dinosaurs.

The game circles around the lost civilization of Mu, and with it appears the three lost Tribes. By utilizing an OOPArt left behind by a Tribe, Mega Man can use the ability of the respective Tribe. This power is known as "Tribe On":

The transformations can be combined by choosing a Brother Card of a different Tribe during battle, calling Double Tribe: 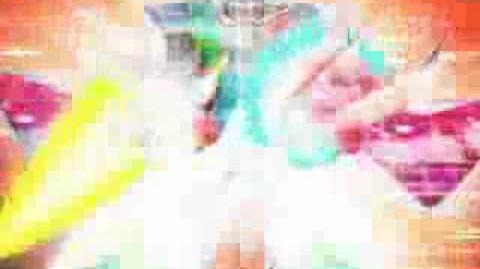 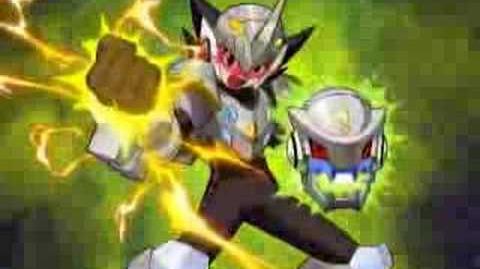