The Mega Man World series, known as Rockman World (ロックマンワールド, Rokkuman Wārudo) in Japan, is a series of side games in the classic Mega Man series released on the Nintendo Game Boy. While not officially referred to as World games in the English release of the games, instead being numbered with Roman numerals rather than regular numbers to separate them from their NES counterparts, though some NES games had Roman numerals in their title screens, unused graphics in the game's files suggest the English release was planned to use the subtitle. All of these titles are currently available for download on the Nintendo 3DS eShop.

With the exception of Mega Man V, the World games reuse Robot Masters and enemies from the NES games that preceded the respective Game Boy title; i.e. Mega Man: Dr. Wily's Revenge uses bosses from the original Mega Man and Mega Man 2. However, they use all new levels and soundtracks instead of copying the ones featured in the NES game, as well as a new end game and final boss exclusive to each title. Each game also introduces a new boss that, before Mega Man 10, were exclusive to that game in the form of the Mega Man Killers and Quint, while Mega Man V features an entirely new experience with the introduction of the Stardroids.

While not a part of the series, Mega Man for the Game Gear follows the series' formula of using Robot Masters from two NES games to create a new game, though it uses the same bosses from Mega Man 4 and Mega Man 5 as Mega Man IV does, with the exception of Wave Man.

While considered canon to the main timeline of the franchise, the events of the World games are never mentioned or referenced in the main numbered Mega Man games, and in Mega Man 9, when Mega Man confronts Dr. Wily about his numerous attempts at conquering the world and shows him footage of all his defeats at the hands of Mega Man, including Mega Man & Bass, none of the World games are shown, putting their canon-status into question. The only continuation or reference to the events of the Game Boy titles are in the Mega Man & Bass database and in Rockman & Forte: Mirai Kara no Chōsensha. The former has entries for the Mega Man Killers, Quint, and the Stardroids, with Pluto's entry mentioning that Slash Man was based on him. The latter continues the events of Mega Man II. In it, Rockman Shadow reveals he is a time traveling prototype of Quint from the future who destroyed the world in his timeline, bringing the canon of Mega Man becoming Quint in the future arguable, though the events of Mirai Kara no Chōsensha are arguably non-canon as well.

The Mega Man World games feature gameplay akin to their NES counterparts, but feature special gameplay elements exclusive to their games. Mega Man V is the most notable in that it features an entirely new charged attack for the Mega Buster in the form of the Mega Arm.

Due to the smaller data capacity of a Game Boy cartridge compared to an NES cartridge, the Game Boy games feature some quirks exclusive to them. Firstly, due to them being released on the original Game Boy, all five titles are in black and white, though limited color can be given to them artificially when played on a Game Boy Color, Game Boy Advance, or a Super Game Boy. Secondly, multiple objects and enemies on the screen can cause several glitches during gameplay, namely the game will slow significantly and enemies and objects can disappear.

Games in the series

A companion game for the home console version of Mega Man Anniversary Collection, originally known as Mega Man Mania before sharing its name with the console version, was a planned remastered collection game for the Game Boy Advance that would have included all five of the Game Boy titles in full color with extras. While planned for a release in 2004, the title never saw release and was quietly cancelled. 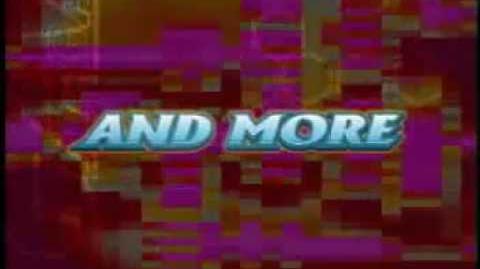