Mega Man X2, known as Rockman X2 (ロックマンX2, Rokkuman Ekkusu Tsū) in Japan, and often shortened to MMX2, or just X2,[1] is the second game in the Mega Man X series and was released for the Super Famicom/Super Nintendo in 1994. The game featured the same graphics as the first game, but was enhanced thanks to the use of the "Cx4" graphics chip (installed in the cartridge). The chip allowed for "semi-transparencies" and 3D effects. It was later re-released on Mega Man X Collection in 2006, then later re-released on Mega Man X Legacy Collection in 2018.

It had been six months since the destruction of Sigma and his Maverick rebellion, but the Mavericks weren't completely eliminated in the prior conflict, and their remnants still sought chaos. A large group of Mavericks was located in an abandoned production factory, and the Maverick Hunters were mobilized, under X's command, to shut them down.

However, after X stopped the last Mavericks, a brand new Maverick uprising began, this time led by a trio identifying themselves as the X-Hunters: Serges, Agile, and Violen. As X fought the eight Mavericks, the X-Hunters revealed that they had reconstructed Zero's body into three pieces; however, they required his control chip in order to activate him, which was in the possession of Dr. Cain. The X-Hunters then challenged X to a series of duels over Zero's parts to see who would get to resurrect him.

Depending on the player's actions, X may or may not have gathered the three parts of Zero by the time he infiltrated the X-Hunters' base in the Arctic. There he destroyed Violen, Serges, and finally Agile, the last of whom revealed that they had resurrected Sigma as well. After going deeper into the base, X heard Sigma's voice challenging him to face him.

X pursued Sigma to the Central Computer, finally confronting him again. If the player failed to collect Zero's parts, they faced the Maverick-reconstructed Zero in battle - however, if they were successful, then Zero instead appeared reconstructed by Dr. Cain to aid X. Sigma then fled deeper into the base, with Zero telling X to chase Sigma while he destroyed the Central Computer. X destroyed Sigma's body in battle, revealing his true form as the Sigma Virus for the first time, but overcame it as well. The Sigma Virus dissipated, the Central Computer detonated, and X and Zero reunited by the sea. Peace was restored - but for how long? 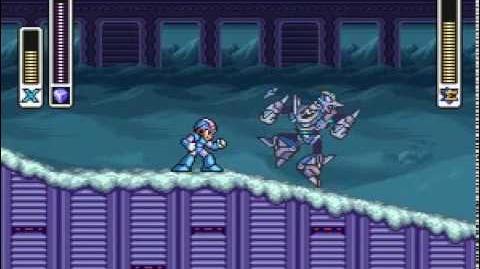 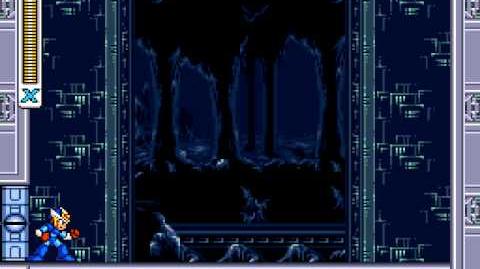 Fresh from defeating Sigma and his Mavericks, Mega Man X tracks down the remaining rogue Reploids to an abandoned factory where they are continuing their rebellion. While Mega Man X is kept busy by eight new Mavericks, a new threat plots to resurrect a secret weapon that is all too familiar.

Guide Mega Man X through eight stages in his search to destroy the remaining Mavericks, gain their powers and uncover the secret entity guiding them all. Also, pilot powerful new vehicles like the mobile attack cycle. With help from the good Dr. Light, discover incredible new abilities hidden in capsules buried throughout the world. Only then will X will be ready to face his destiny as a Maverick Hunter.