Mega Man X3, known as Rockman X3 (ロックマンX3, Rokkuman Ekkusu Surī) in Japan, and often shortened to MMX3, or just X3,[1] is the third game in the Mega Man X series and the final Mega Man X game to appear on the Super Nintendo Entertainment System, released in 1995. Like Mega Man X2, X3 uses Capcom's custom "Cx4" graphics chip in the cartridge to have pseudo-3D graphics and transparencies.

The game was later remixed and re-released on discs for the Sega Saturn and Sony PlayStation in Japan and Europe in 1996, and for the PC in 1997, featuring additional FMV sequences (Being the first Mega Man game to actually include FMV) and a newly synthesized soundtrack. This disc version was later rereleased in North America as part of the Mega Man X Collection, while the original SNES version was rereleased worldwide as part of the Mega Man X Legacy Collection.

Mega Man X3 is notable for being the first time Zero is a playable character (albeit in a limited capacity), which would become a staple in the X series.

In the year 21XX, Sigma's rebellion had finally been crushed, and all Mavericks were neutralized thanks to the efforts of a Reploid scientist named Dr. Doppler. Using his advanced Neuro Computer, Doppler was able to create a "vaccine" to suppress any abnormal behavior in the Reploids and prevent them from going berserk. This brought about an era of peace. Many advanced Reploids and reformed Mavericks gathered near their new mentor and founded "Dopple Town" in his honor, a perfect utopian community. With Dr. Doppler guiding them, the world seemed ready to enter a new golden age...

A few months later, the Mavericks who were supposed to have been neutralized by Dr. Doppler's vaccine began to riot. All the Maverick Hunters' intelligence indicated that Dr. Doppler was the mastermind behind the chaos, and soon he declared war on the world and put Dopple Town under martial law. The call went out to X and Zero to infiltrate Dopple Town, destroy the rioting Mavericks, and bring Dr. Doppler to justice.

A few hours later, however, an emergency contact was made by Hunter Base, revealing they were under direct attack from Doppler's forces. X and Zero returned to the headquarters to immediately to stop them, where X was betrayed and kidnapped by their former ally Mac. Fortunately, Zero was able to destroy Mac and free X, and together they stopped the siege on Hunter Base.

With Hunter Base secured, X and Zero returned to Dopple Town to carry out the mission. While they fought the eight Mavericks, Dr. Doppler sent his Nightmare Police to capture X dead or alive, and a mysterious Maverick laid teleporter traps in an attempt to get his revenge. X was able to defeat the Nightmare Police, and also escape the ambush planned by the resurrected Vile.

After analyzing the memory chips of the defeated eight Mavericks, Dr. Cain discovered that Dr. Doppler was collecting the specs from the latest models of Reploids to create a powerful new battle body for someone. Dr. Cain also pinpointed the location of Dr. Doppler's Laboratory, which was hidden underground at Point D. X and Zero infiltrated the lab to put an end to the chaos.

When X confronted and defeated Dr. Doppler, he found out that the mad scientist was not fully responsible for the revolt - Sigma was. Doppler had been infected by the Sigma Virus and was manipulated into building the new body for Sigma against his will. Fortunately, X was able to find Sigma before he could reveal himself and destroyed his battle body. In a last ditch attempt to survive, Sigma entered his viral form, chasing X and cornering him in an attempt to possess his body.

There are two endings to the game. They both show that Dr. Doppler completed a true anti-virus. One ending shows that Zero obtained the anti-virus and used it with his Z-Saber, dropping down and dealing a fatal blow to Sigma. In the other ending, which occurs if Zero is defeated and undergoing repairs, Dr. Doppler himself comes to the rescue, sacrificing himself to use the anti-virus to defeat Sigma. Either way, the Sigma Virus fades away while X and Zero rendezvous outside the ruins of Doppler's Laboratory.

Mega Man X3 closely follows its predecessors in terms of gameplay. Players still control X whilst battling Mavericks and managing through obstacles and tough terrain. Once a boss is defeated, X will copy the Special Weapon of the defeated boss. However, this game also debuts the first playable appearance of Zero, a previous NPC who appeared during cutscenes to assist the player. Zero is first playable in the Opening Stage and can be called upon at any time with Zero Change for one use per stage. He possesses a stronger variant of the X-Buster, the Zero Buster, which is capable of four level charges. The fourth level charge fires two fully charged Zero Buster shots followed by a slash from the Z-Saber, the most powerful weapon in the game. He also always starts out with a fully upgraded HP gauge as well. However, Zero is unable to do combat with bosses (with one exception) and automatically leaves and switches places with X again upon nearing the boss door and thus cannot gain new weapons.

The Armor collecting from the first and second games return, but has further emphasis. In addition to the armor, the player may collect Enhancement Chips which further upgrade the armor parts, giving X a wider range of abilities. However, if the player collects all of the armor parts but none of the enhancement chips, it is possible to obtain the Hyper Chip, which provides a gold palette swap for the armor and all of the enhancement powers.  Finally, if certain conditions are met, X can obtain the Z-Saber from Zero, but at that point, he can no longer be summoned to help anymore for the rest of the game.

This is the first and only game in the series with enhancement chips in addition to Armor Parts. These chips are optional upgrades found in pink Light Capsules hidden throughout the stages, acting as boosters for X's Armor Parts. Only one chip can be equipped at a time (with exception of the Hyper Chip, which is detailed below).

Mega Man X3 was met with mostly positive reviews by review outlets. Reviewers praised X3's tried-and-true Mega Man X series gameplay, graphics, and the option to play as Zero, stating that the game was "a solid send-off for the 16-bit era." However, criticisms included the game feeling too similar to the previous installments, sluggish level designs, and so many secrets and power-ups that they overshadowed the main game itself.

Mega Man X3 is considered one of the more difficult X games by some fans for numerous reasons. For one thing, many standard enemies are designed to be approached strategically or with caution, with many having defenses, counterattacks, or other behaviors that prevent the player from just charging in with the buster blazing. For example, the Drimole-W enemy in Tunnel Rhino's stage launches drills that block shots, and when it's destroyed, those drills automatically fire as a last ditch effort. There's also the Walk Blaster, which is programmed to dodge the player's shots by lying down to fire as soon as the attack button is pressed. Additionally, many bosses have attacks that take off huge chunks of X's health bar, especially before the body armor is obtained. 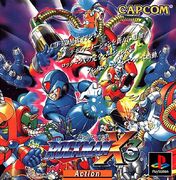 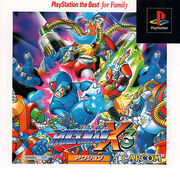 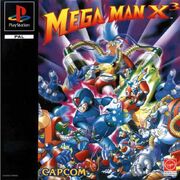 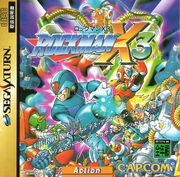 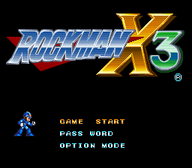 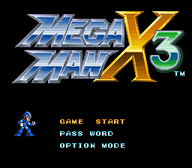 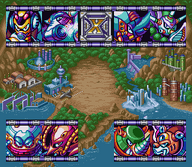 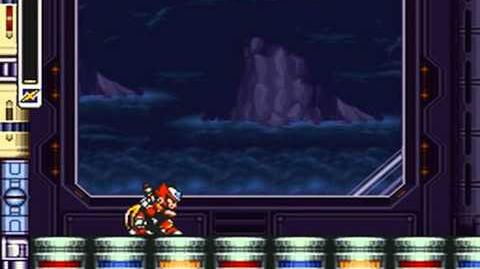 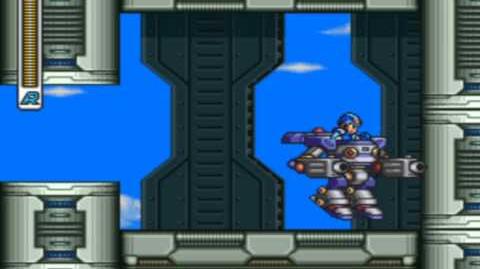 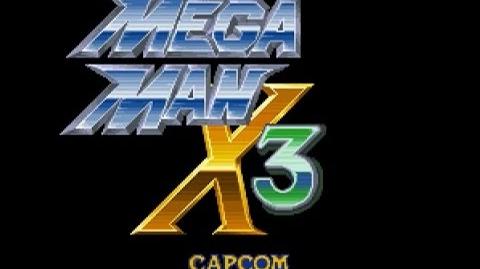 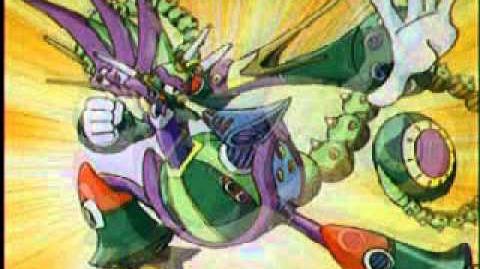