Mega Man X4, known as Rockman X4 (ロックマンX4, Rokkuman Ekkusu Fō) in Japan, and often shortened to MMX4, or just X4,[1] is the fourth game from the Mega Man X series. It was the second game in the series to be released on the Sega Saturn and Sony PlayStation (although it is the first original game; Mega Man X3 was ported to the systems), released in 1997 (and also re-released onto PlayStation as part of its greatest hits in 2002). It was later ported to the PC in 1998 and then re-released as part of the Mega Man X Collection.

It is notable for being the first game in the X series to feature Zero as a completely separate playable character, with added emphasis on swordplay with his Z-Saber. It is also the second to feature animated FMV cutscenes (the first being Mega Man X3), but the first to have them fully-voiced.

In the year 21XX, two large Reploid armies currently exist to counter the Mavericks: The Maverick Hunters and the Repliforce. The two organizations cooperated on several occasions, and during this time Zero befriended Colonel and Iris of Repliforce.

But one day, the aerial city Sky Lagoon was attacked by Mavericks, who sabotaged its power generator, causing it to fall to the city below, killing thousands. As Repliforce was present in the area, they were put under suspicion and Colonel was asked that Repliforce surrender for questioning. Having great pride, Colonel refuses and leaves with his sister. Their leader, General, is indignant of the suspicion and starts a coup d'état to build a Reploid-only nation. Although General says they only want to live in peace, not wanting harm for the humans, the entire Repliforce is considered Mavericks, and the Maverick Hunters are sent to stop them, starting the Great Repliforce War. Little do they realize that behind the scenes, a mysterious cloaked figure pitted them against each other, in a bid to wipe out both sides.

During the war, Iris assists Zero while X is assisted by the rookie Double. After defeating several members of Repliforce, the Hunters fight Colonel and defeat him. Repliforce travels into space to begin their nation, and the Hunters chase after their satellite/space station. When playing as Zero, Iris is angered by her brother's death and fights him. The battle leaves her mortally wounded and she dies in Zero's arms. As X, it's revealed that Double was a spy of the cloaked figure and the two fight, resulting in Double's death; but not before insulting X for his naivety. The Hunters finally reach General and a battle ensues that leaves him severely wounded. Suddenly, the weapon in the station prepares to destroy Earth, and the cloaked figure is revealed to be Sigma. Sigma is destroyed by the Hunters, but the weapon can't be stopped by them. General sacrifices himself to stop the weapon, and the station explodes.

Upon leaving the battlefield, X and Zero contemplate the events and those who perpetrated the Great Repliforce War. Riding in escape ships to headquarters, X and Zero can only come to the same question: Deep down, will all Reploids eventually go Maverick on their own, by their own decision, one day, even themselves?

The playing styles of both characters differ from each other, giving the gamer a rather varied experience. Mega Man X still copies weapons through defeating bosses, utilizing the long range X-Buster. Zero however, learns techniques, which mimics an attack used by a boss, often with the use of his close-ranger Z-Saber, but none of these except his Giga Attack use Weapon Energy. Because of their gameplay differences, X is often recommended for novice to intermediate players since he can fight enemies from a distance while Zero is used for advanced players as he needs to get up and close to his targets.

The game is also the first to have actual multiple Armors in the game, as well as an "Armor" for Zero. X can find pieces for the Fourth Armor like he would any other armor in the previous games, enhancing his abilities further.

Finally, Mega Man X4 is the first X game to use cheat codes which unlock armors specific for the character selected. For X, he unlocks the Ultimate Armor (an enhanced version of the Fourth Armor), which first starts out replacing X's cyan colors with purple. When X visits any of the Light Capsules, he is automatically equipped with the full Ultimate set, giving him a Plasma Shot upgrade and the Nova Strike Giga Attack as well as enhanced defense and the ability to hover in the air (these abilities were also featured in the Fourth Armor, although the latter's use of the Nova Strike is limited). Zero on the other hand gets the Black Zero armor, which gives him a black sheen and platinum blond hair, but does not affect his abilities in the least. The codes for unlocking these armors differ on the consoles. 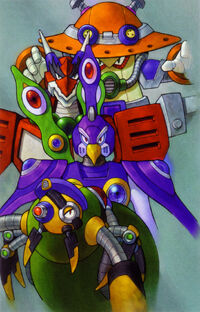