Mega Man X, known as Rockman X (ロックマンX, Rokkuman Ekkusu) in Japan, and often shortened to MMX, MMX1, or just X1,[2] is the first game of the Mega Man X series and was released from 1993-95. It was the first spin-off of the classic Mega Man series and made its debut on the Super Famicom/SNES. It was ported to the PC in 1995, to the Android in 2011 and to the iOS devices in late 2011. It was also ported to Mega Man X Collection on January 10, 2006, then later re-released on Mega Man X Legacy Collection on July 24, 2018 in North America and Europe, and was released two days later in Japan. The game takes place in the early-22nd century (21XX time period), a century after the conclusion of the original series.

It is the year 21XX. While trying to find a fossil record, Dr. Cain, a human scientist, has uncovered a capsule with a robot from the past: X. The capsule contained a warning message from Dr. Light, his creator:

"X" IS THE FIRST OF A NEW GENERATION OF ROBOTS WHICH CONTAIN AN INNOVATIVE NEW FEATURE - THE ABILITY TO THINK, FEEL AND MAKE THEIR OWN DECISIONS. HOWEVER THIS ABILITY COULD BE VERY DANGEROUS. IF "X" WERE TO BREAK THE FIRST RULE OF ROBOTICS, "A ROBOT MUST NEVER HARM A HUMAN BEING", THE RESULTS WOULD BE DISASTROUS AND I FEAR THAT NO FORCE ON EARTH COULD STOP HIM.

APPROXIMATELY 30 YEARS WILL BE REQUIRED BEFORE WE CAN SAFELY CONFIRM HIS RELIABILITY. UNFORTUNATELY I WILL NOT LIVE TO SEE THAT DAY, NOR DO I HAVE ANYONE TO CARRY ON MY WORK. THEREFORE, I HAVE DECIDED TO SEAL HIM IN THIS CAPSULE, WHICH WILL TEST HIS INTERNAL SYSTEMS UNTIL HIS RELIABILITY HAS BEEN CONFIRMED. PLEASE DO NOT DISTURB THE CAPSULE UNTIL THAT TIME.

"X" POSSESSES GREAT RISKS AS WELL AS GREAT POSSIBILITIES. I CAN ONLY HOPE FOR THE BEST.

X joined the fight on the highway, where he was defeated by a powerful Maverick, Vile, in a Ride Armor. Fortunately X was saved by Zero, who forced Vile to flee before ordering X to continue fighting Sigma's rebellion while he performed reconnaissance. X then fought all eight Mavericks, defeating them and growing stronger along the way.

Once they were all defeated, Zero informed X that he had located Sigma's hideout and that they were going to storm it. Upon infiltrating the levitating island fortress, the pair were confronted by Vile once more. Zero planned to take on Vile alone, but was caught in a trap, allowing Vile to defeat X as well. However, Zero broke out of his cage and sacrificed himself to destroy Vile's Ride Armor, levelling the playing field and allowing X to make a comeback to victory. X approached Zero's body, listening to his final words before he passed away.

X continued through Sigma's hideout until he finally confronted the Maverick leader himself. He destroyed his guard dog Velguarder before fighting him personally, destroying both of his powerful battle bodies and putting an end to his rebellion. X then retreated to a nearby cliffside to watch the fall of Sigma's flying fortress, pondering the nature of peace and war.

As he returns to base, X reflects on the events that have unfolded, questioning Zero's sacrifice, his own decision to fight, and the ongoing war with the Mavericks. After the credits, a message from Sigma reveals that X merely destroyed a temporary body, and that Sigma's spirit lives on. Sigma then says that he would gather new, stronger bodies to do his bidding, and he would see X soon.

X can find four Light Capsules throughout the game's stages. They were hidden by Dr. Light to help X fight for peace, should the case ever arise. They are hidden throughout four of the game's eight Maverick stages with the exception of the Foot Parts, which are unavoidable in Chill Penguin's stage (using a password to obtain Chill Penguin's weapon early can bypass this). 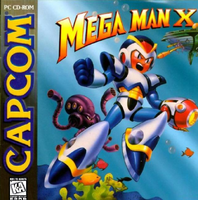 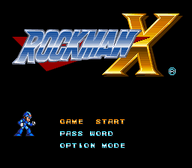 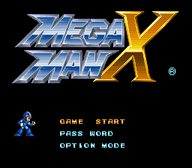 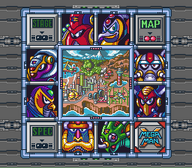 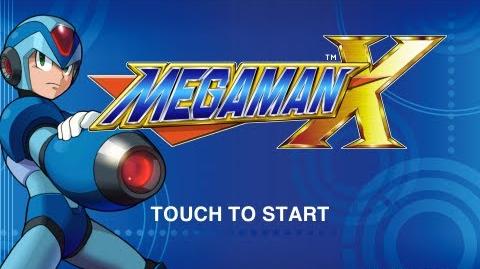 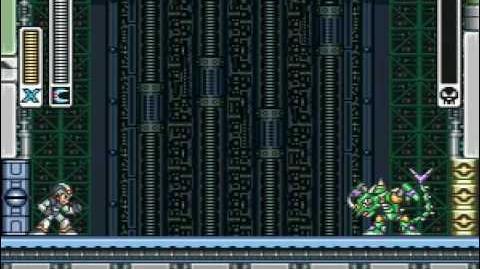 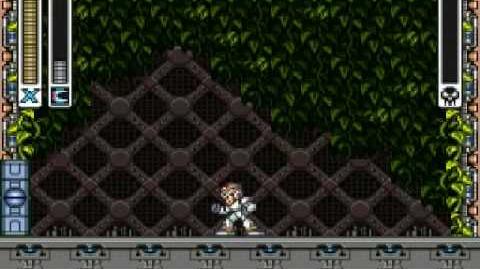 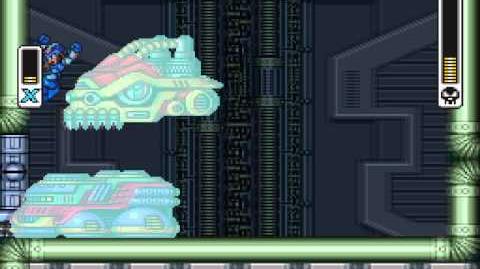 The storyline of Mega Man X was adapted into manga form by Shigeto Ikehara in Irregular Hunter Rockman X, and was adapted again by Iwamoto Yoshihiro and published by Kodansha's Comic BomBom (also called "Bom Bom Comics") in Rockman X. Unlike Shigeto Ikehara's adaptation, Iwamoto Yoshihiro's adaptation was much darker in comparison. And this would continue for the rest of the manga adaptations with themes such as death, blood, cursing, serious emotions, vaguely sexual overtones and religious symbolism.

Elements of the game made their way into the Mega Man series from Archie Comics prior to it going on indefinite hiatus. The backup story with Mega Man #34 and #35, "The X Factor" was an adaptation of "The Journal of Dr. Cain" and seemed to be leading into the events of the game, and continuing in an original story entitled "Dawn of X" that further teased at an adaption of Mega Man X.

Rockman X The Novel: Irregulars Report was a retelling of the events of Mega Man X written by Todoroki Tsubasa and illustrated by Yoshihiro Iwamoto.

Hundreds of years after his death, Dr. Light's final creation is discovered. Released from his capsule by Dr. Cain, "X" is born into the world of the future where robot rebellions are a thing of the past. But when Dr. Cain tries to implement Dr. Light's designs into a new series of Reploids, something goes horribly wrong. Now, the future lies on the brink of destruction and X must use all of his newfound powers and abilities to hunt down the maverick Reploids and their leader, Sigma, before the human race is wiped from the planet!