Mega Man Zero closely follows the gameplay of its predecessors. Players navigate Zero through difficult obstacles and terrain whilst combating Mavericks. However, as the game exclusively follows Zero, the character does not gain a new weapon system with each boss they defeat. Instead, the player may gain Elemental Chips of Fire, Ice and Thunder, following the principle of janken/Rock-Paper-Scissors (Fire>Ice>Thunder>Fire). Elemental effects are activated only during Zero's fully charged attacks. The character is equipped at the very beginning of the game with the Buster Shot (not to be confused with the arm-mounted Z Buster from the X series). As always, Zero is equipped with the Z-Saber, a close range energy sword weapon. In addition, Zero can obtain new weapons such as the Shield Boomerang and Triple Rod. The player is able to upgrade these weapons through levels, increasing their capabilities by defeating enemies.

The game introduces the 'Rank' system through a result screen after missions. The player will start at Rank F, but can raise their rank up to E, D, C, B, A and S as represented from poor to excellent. If fighting a boss whilst in A or S rank, they will unleash a special attack (EX Skill). The player's rank will differ on how well a mission is completed, such as time taken, accuracy and enemies defeated.

Unlike most traditional Mega Man games, the level structure from Mega Man Zero is more mission-based as the player will more often than not have to complete an additional objective even after defeating the enemy boss. This can range from escaping a collapsing area to rescuing stranded allies.

The game allows the player to evacuate and skip most missions using the Escape Unit, but those missions will be considered failures, dropping the player's mission score. It is also possible to evacuate missions choosing the option "Give Up" in the Game Over screen or choosing "Abort Mission" using an accessible Transerver, during missions.

In addition, the game brings in the concept of Cyber-elves, small, spirit-like entities that can improve Zero's abilities, change the terrain and enemies. However, once a Cyber-elf is used, it cannot be used again. Cyber-elves also penalize the player's overall score and rank.

When the game is beaten, a "New Game Plus" can be played by loading the completed save file. In the new game, Zero will start with all activated Cyber-elves used from the previous game still in effect (the penalties, however, will still remain).

By meeting certain criteria, three additional modes can be unlocked:

Over a century after Sigma's defeat in the Mega Man X series, a new government called Neo Arcadia was formed to maintain peace. The leaders of Neo Arcadia began hunting down Reploids unjustly labeling them as Mavericks. Now the only hope for the Reploid is a legendary Reploid: the Red Hero that is named Zero. Feeling that the Reploids were being wrongly accused, Ciel flees from Neo Arcadia and creates a Resistance against Neo Arcadia.

The game begins as Ciel and a small group of resistance soldiers is being hunted by Pantheons and Golems. Some of the resistance soldiers fall behind, but they can't stop their advance. Pursued, Ciel reaches a huge door. Passy, her Cyber-elf says: "I feel strong energy emanating from here. This must be the place." After that, soldiers blow up the door, and Ciel, Passy and Milan enter the room, with Zero's lifeless body in the middle of room, inactive for 100 years. Milan tries to touch it, but he is knocked back by energy shield that protects Zero. While they try to figure out how to bypass the shield, Pantheons appear at the door. Milan orders Ciel to run, and dies, being hit by one of the Pantheons. Passy tells Ciel: "You have to use my power. You have no choice." Ciel thinks while Pantheons come closer and closer, and agrees sadly. Passy's sacrifice breaks the energy shield and brings Zero back to life. He helps Ciel, and learns that Mega Man X (although actually a copy) is the one responsible for innocent Reploids being retired. 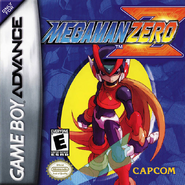 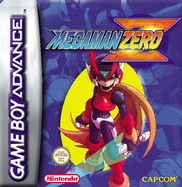 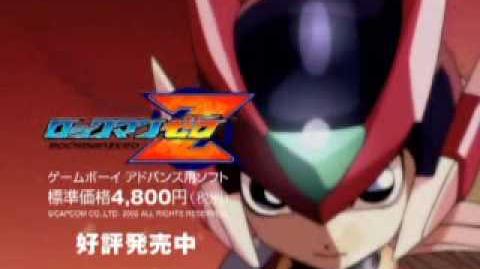