1 ROM cartridge, digital download
Mega Man Zero 3, known in Japan as Rockman Zero3 (ロックマンゼロ３, Rokkuman Zero Surī) is the third game in the Mega Man Zero series for the Game Boy Advance. The game was developed by Inti Creates and published by Capcom in 2004.

This game follows almost exactly the same rules as its predecessor, Mega Man Zero 2. Once again, Zero has his Z-Saber, Buster Shot, and Shield Boomerang. However, Zero's rod weapon (originally the Triple Rod in Mega Man Zero and the Chain Rod in Mega Man Zero 2) has been replaced with the Recoil Rod: a pair of tonfa-like weapons that can be aimed in all directions. When charged up, a powerful stabbing attack is performed, which can knock enemies back, or propel Zero into the air if aimed down to the ground, like a makeshift pogo stick.

Zero also no longer needs to "level up" in order to obtain new weapon abilities (such as combos or the ability to charge attacks).

The Cyber-elf system has been given an overhaul with the introduction of Satellite Cyber-elves. These are different from the standard Cyber-elves, which have been renamed "Fusion Elves", in that when they are equipped they provide a constant benefit, and the use of them will not affect the mission ranking score. However, only two Satellite Elves can be equipped at once.

Cyberspace is a new addition to the game. It is said by one Resistance member (Hirondelle) that the portal to Cyberspace opened up due to Omega's arrival. Most levels in Mega Man Zero 3 have doors to Cyberspace. Going through these doors leads the player into an area that looks exactly like the one in which they left, but with a green tinge to it. Enemy appearances are less frequent and if a transfer of Battle Chips from a Mega Man Battle Network 4 save has been performed, certain virus enemies from the Mega Man Battle Network series will appear. Mega Man Zero 3 can hold only one Battle Chip (all saved games use the same chip), holding the "Z Saver" (a mistranslation of Z-Saber) in the beginning, and the virus enemies will not appear if the game contains the "Z Saver" chip or no chips. All enemies drop health items (instead of other items, such as Secret Disks) in Cyberspace. Entering the Cyberspace causes certain Cyber Elves to auto-activate without dying (both Fusion and Satellite that have an A-mark), even if not grown enough to be normally used, and these Elves do not affect the score. However, going into Cyberspace decreases the mission ranking score, making it more difficult to obtain an S or A Rank, which is needed in order to win EX Skills off the bosses.

Throughout the game, enemies may drop Secret Disks. Each may contain file information about the Mega Man Zero series, enemy information, Cyber-elves, Energy Crystals or even customization chips. Many can be opened by Zero himself at the mission results screen, but others are locked and the player will have to take them to Cerveau in order to open them. Once opened, their info will be stored in a Secret Disk library featured within the game.

The Form system from Mega Man Zero 2 has been replaced with Chips. These come in three types - Head, Body and Foot, and can be found in Secret Disks or acquired by defeating bosses. Only one of each type of chip can be equipped at a time i.e. if one Head Chip has been equipped, Zero cannot equip another Head Chip, but can still equip a Foot Chip and a Body Chip. This gives the player more flexibility in customizing Zero.

These Chips give direct upgrades to Zero's head, body or legs, and can be used to reproduce the effects of the various Forms that Zero could take in Mega Man Zero 2. As with the Forms in this game's predecessor, Zero can take on different colors when different Body Chips are equipped.

As with other Mega Man Zero games, beating the game will allow you to play the completed save file again in a "New Game Plus". Zero will start with all Fusion Elves used from the previous game still in effect (although he'll still be penalized for their use). Zero will also get to keep any EX Skills and body chips that he earned in the previous game.

Hard Mode can be unlocked after completing the game once. It can be accessed by pressing the L shoulder button before pressing Start while selecting a New Game. In Hard Mode, Cyber-elves cannot be used and Cyberspace cannot be accessed (with the exception of the Sub Arcadia level). Zero's triple-slash and full-charge shot are also disabled, and he cannot earn EX Skills. As usual, only the Shield Boomerang and the Recoil Rod can charge their attacks.

Ultimate mode can be unlocked by collecting all of the Secret Disks in one game and beating it. Hold R when starting a New Game to play. In Ultimate Mode, Zero starts with all Fusion Elves with permanent effects (such as the Elves that extend the life meter) already in use and without penalty in mission scores. Zero will also have a few body parts available from the start, including the Ultima Foot chip. Finally, Zero can use full-charge attacks instantly by means of simplistic button combos.

There are also seven minigames that can be selected from on the game's start menu. They are all unlocked after certain criteria have been met:

The Japan-only Battle Chip Gate accessory gives the player an alternative method for unlocking four of the mini-games:

At the start of the third game, the following synopsis of the first few games is shown:

The legendary Reploid Zero awoke from a long slumber...

With Ciel's Resistance he defeated Copy X, the ruler of Neo Arcadia.
The terror of the Neo Arcadian regime ended,
but the energy shortage remained a constant problem.
Ciel devoted herself to researching new forms of energy.
And Elpizo became the newly appointed Resistance leader.
However, overcome by his desire for power,
Elpizo awakened the Dark Elf, whose magic had once nearly destroyed the world.
Elpizo, thirsting for the power of the Dark Elf, lost sight of his true duty,
and was finally defeated after a fierce battle.
However, the Dark Elf fled, her destination unknown...
The battle over the Dark Elf had only just begun...

Two months after the events of Mega Man Zero 2, a spaceship that crashed only recently emits energy similar to the Dark Elf. Zero, Ciel and a pair of Resistance members set out to investigate. Not long into the mission Ciel and the two Resistance members are captured by Neo Arcadia as Zero enters the ship. However, they are not harmed, nor are they held prisoner, as an incident breaks out involving a giant Reploid named Omega that not even Leviathan and Fefnir combined can handle. Zero interrupts the battle and is left to handle things on his own. Soon thereafter Dr. Weil is introduced, with a seemingly ressurected Copy X in tow, who then reclaims leadership of Neo Arcadia, much to the chagrin of Harpuia.

With both sides once again in a race to find the Dark Elf, Zero undertakes a series of missions, both to track it down and to hinder Neo Arcadia's progress. Along the way, he catches sight of the Baby Elves, who are taken in by Dr. Weil, who lures them in by claiming to be their "grandfather". Shortly after the missions are completed, the Dark Elf is located and a missile is launched at a densely populated area to enable Omega to capture the Dark Elf. Omega succeeds and absorbs the Dark Elf into his body. Zero is forced to flee, taking an injured Harpuia (who was fired by Copy X) with him.

At the Resistance Base, Copy X contacts Ciel, offering amnesty in exchange the Ciel System to end the energy crisis. Ciel, unwilling to trust them, refuses, prompting Neo Arcadia to begin a tri-pronged offensive on the base. After halting their advance, Zero goes off to fight Copy X and defeats him. But before Copy X can transform again, he is betrayed and killed by a trap placed on his body by Weil.

With Copy X out of the way, Weil assumes command of Neo Arcadia and uses the Dark Elf and Omega to seize control of all Reploids. The Resistance is spared thanks to X, who opens a path to Neo Arcadia for Zero. After Zero destroys both Baby Elves, he heads to destroy Omega's Dark Elf enhanced form, defeating the Reploid twice. From the remains of Omega, however, rises a Reploid that looks just like Zero. At that moment, Weil informs Zero he is merely a copy and that Omega inhabits Zero's original body.

After Zero defeats Omega, Weil tries forcing the Dark Elf to rejoin with Omega, but the Guardians appear and further damage him. X also appears and confirms to Zero that they fought against and sealed Omega centuries ago. He also tells Zero that Omega may be using the original body, but that the clone has Zero's heart and soul. Zero makes the decision to finish Omega off, regardless of him using his original body. After the explosion, an unconscious Zero has a vision of X, telling Zero that he is out of power and can no longer exist in the human world. He is confident Zero can protect the world by himself from now on and fades away (presumed to have retired to Cyberspace). The fate of the Guardians, while not shown, is revealed by official materials to have died in the explosion.[1]

Zero wakes up finding himself back in the Resistance Base, brought there by by the Dark Elf. With Weil's defeat, the curse placed upon the Dark Elf (now known as Mother Elf again) is broken and she flies away.

But, losing Omega and Mother Elf still didn't change the fact that Weil was now the undisputed ruler of Neo Arcadia. The humans living there would soon realize the wrath of Dr. Weil. 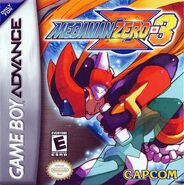 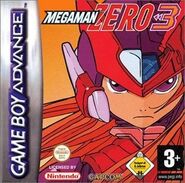 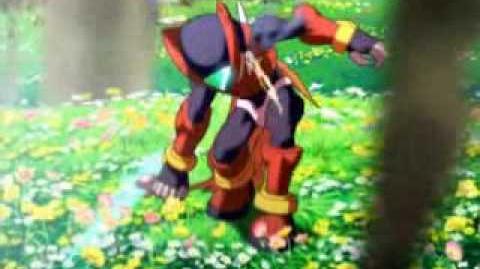