"Heh heh heh. You have excellent DNA, don't you? I'd like to analyze your DNA once."
―Metal Shark Player, Mega Man X6

Metal Shark Player, also known as Metalshark Player[1] (メタルシャーク・プレイヤー, Metarushāku Pureiyā) in Japan, is a hammerhead shark-based Reploid created by Gate to work as a member of a recycling research team.

Metal Shark Player was a Reploid designed with the head and dorsal fin of a hammerhead shark. His body was colored primarily blue, although his legs were adorned with yellow "teeth" to resemble the maw of a shark. He also possessed long shoulderpads and coattails that made it look like he was wearing a labcoat. He bore the rhombus-shaped gem of all Gate's creations on his forehead.

Player was an eccentric mind and something of a mad scientist. He didn't even try to pretend he was investigating the Nightmare Phenomenon, instead openly manipulating it for his own experiments. He was very interested in X's DNA and was eager to research it. Conversely, he claimed to have no need for Zero's DNA.

His job was to oversee the analysis and control of DNA at the facility and was very skilled in his work. Player's abilities in DNA analysis soon led him to experiment in the recreation of Reploids using the DNA of retired Mavericks. Gate still used and encouraged his work despite "DNA Resurrection" being deemed illegal by the government. Player's activities were eventually discovered and he was disposed of as punishment. Gate later revives him as one of his Nightmare Investigators, putting him back in charge of a recycling plant.

He usually attacks with anchors and parts of junk robots. Being adept in "DNA Resurrection", he is capable of creating clones of previous Mavericks, like Sting Chameleon, Magna Centipede, and Blast Hornet. Despite being a shark, he's weak against water (probably because he's made of metal and will rust), so use Meteor Rain (if X) or Ensuizan (if Zero).

X: You! What are you up to? Instead of investigating the Nightmare, you are manipulating it! It's strange that you are not affected by the Nightmare.

??: Heh heh heh. You have excellent DNA, don't you? I'd like to analyze your DNA once.

X: You must be Metal Shark Player. Right?

Metal Shark Player: It doesn't matter! I'll get your DNA!

Zero: I don't have time for this... What do you want? Metal Shark Player?

Zero: Shut up and fight!

Metal Shark Player was one of the many Maverick bosses revived by Sigma during the Worlds Unite crossover event. 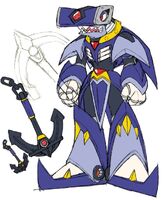 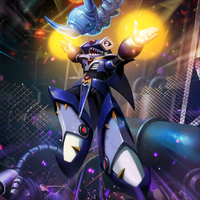 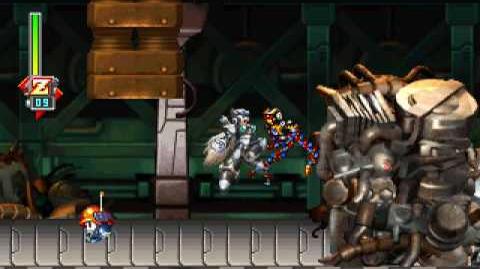 Retrieved from "https://megaman.fandom.com/wiki/Metal_Shark_Player?oldid=352935"
Community content is available under CC-BY-SA unless otherwise noted.