Metall C-15 (メットール Ｃ－１５, Mettōru C-15), also known as Mettaur C-15[1] and Mettool C-15,[2] is a Met from the Mega Man X series. As a Maverick, this construction foreman Reploid[3] hides under its helmet most of the time, and attempts to attack enemies from behind.

Maverick Metall C-15s appear as enemies in the stages of Armored Armadillo, Storm Eagle, Flame Mammoth, and in Sigma Stage 1, and as a mascot in the password option screen. 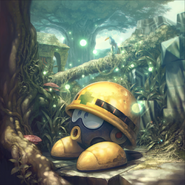 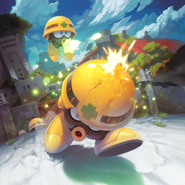 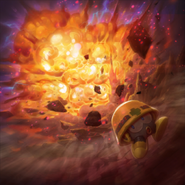 Retrieved from "https://megaman.fandom.com/wiki/Metall_C-15?oldid=308452"
Community content is available under CC-BY-SA unless otherwise noted.