They are the generic NetNavis and are the kind that is most commonly used by people, excluding people whom have customized NetNavi such as Lan Hikari, Mayl Sakurai, Dex Oyama, Eugene Chaud, etc. Like most NetNavis, they represent their operators in the Net and perform various tasks. NormalNavis appear to be mass-produced since multiple copies of the same NormalNavi can be seen on the Net. There are also male and female variations of NormalNavis, the difference usually being in the color. The green variation is male, pink variation is female. This typically reflects the gender of the operator.

NormalNavis usually summon viruses to do battle with others. But, in Mega Man Battle Network 4, they can also use Battle Chips and NormalBusters against opponents in battle. It appears that NormalNavis are weaker than customized NetNavis in Mega Man Battle Network 3, as ProtoMan.EXE notes that it is unusual for a NormalNavi to be so powerful before it reveals itself to be DesertMan.EXE.

There are ten varieties of NormalNavis. Most have the same appearance with a different color scheme, but their abilities can vary.

Besides these ten, there is also a Navi called NormalNavi Zero (NormNav Zero) that had won 999 battles, but is defeated by BassGS in his 1000th battle. He has the same color scheme as NormalNavi X.

Major NormalNavis in the series.

Many NormalNavi appear in the tournaments, where they are operated by Ms. Mari, Haruka Hikari, and other NPCs.

Some participants in the tournaments use NormalNavis. These Navis attack with Cannons, Bombs, Swords, and can summon Obstacles. 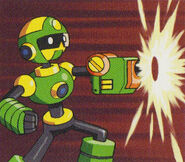 NormalNavi on a series wallpaper. 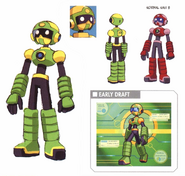 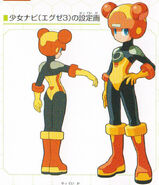 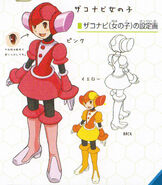 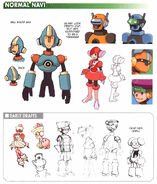 ProtoMan and two Diamond Paring Normal Navis in the anime.

Cameo of the game's NormalNavi in the anime.

An Alpha-I type NormalNavi in the MegaMan NT Warrior manga. 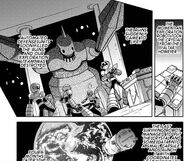