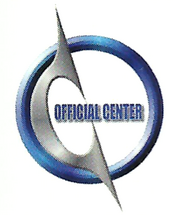 Official Center (オフィシャルセンター, ofisharusentā) is an agency for Official NetBattlers to convene and take care of situations. It also promotes the development of net battling skills among civilians, and allows them to take care of smaller duties. Official Center is a primary location in Mega Man Battle Network 2.

Furthermore, civilians can come to Official Center and apply for licenses to become a City NetBattler, which allots them a small amount of authority in handling online situations. To gain a license, a person must pass tests, usually involving answering requests and taking net battle challenges. In many cases these license tests can be taken entirely online, without having to set foot into the center. Official Center houses bulletin boards where City NetBattlers may respond to civilian requests for help.

The Official Center also houses Electopia's Mother Computer, which handles many of the nation's important systems.

The game begins with Lan and his friends visiting the Official Center net square in order to obtain licenses to become City NetBattlers. Additionally, Lan's father has also temporarily transferred to Official Center to carry out his work. Also coming to Official Center is the renowned NetBattler Mr. Famous, who serves to advocate net battling proficiency.

A major crisis occurs at Official Center when ShadowMan, hired by Gospel, infiltrates the center to destroy the Mother Computer. After a long ordeal, with ShadowMan outfoxing many of the officials, he is finally brought down by MegaMan with ProtoMan's assistance.

When Lan and MegaMan travel to Netopia, they visit the Netopia Official Center which is located in Netopia Castle. Here, as well, Gospel tries to orchestrate a plan, though this time the goal is eliminating the Official NetBattlers.

Later on, the Electopia Official Center becomes a base of operations where Lan's father and other official attempt to deal with the disasters caused by Gospel's freezing the world's Environmental Systems.