Okosutobon (オコストボン, Okosutobon) is a sea mine enemy from Mega Man 9 that is sleeping. If the player gets close or shoots at it, it will awake and follow him until it explodes. It appears in Splash Woman's stage and Wily Castle 2. It is invulnerable to almost any weapon, even Tornado Blow, but can be absorbed with a Black Hole Bomb. 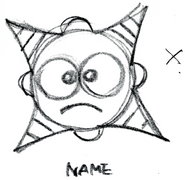 The unused enemy from the first Mega Man.
Add a photo to this gallery

Retrieved from "https://megaman.fandom.com/wiki/Okosutobon?oldid=292103"
Community content is available under CC-BY-SA unless otherwise noted.