"A Maverick Hunter!? Here!? Who in the world are you? Why are you here? Who am I?"
―Optic Sunflower, Mega Man X8

Sunflower was originally responsible for running Troia Base, a virtual Hunter training facility stationed in Europe. When he became a Maverick, he caused the management program of the training area, "Helios", to go haywire. The Maverick Hunters have to complete training sessions to advance, with the difficulty of the next area changing based on the score received from the previous area.

Optic Sunflower was a tall and thin Reploid with an appearance based on a sunflower plant. This was most notable with his head, which actively resembled a flower and was connected to his body by a long, stalk-like neck. His shoulderpads and fingers were also reminiscient of flower petals, and his armor was colored green and yellow to resemble a plant.

Optic Sunflower was a flamboyant yet reasonable individual. He showed some signs of losing his sense of self, even wondering out loud about his own identity, but seemed to understand his goals and believed the Hunters had no right to stop him. He understood that he was not perceived as a "good guy," but refused to be perceived as a monster.

Optic Sunflower's main attack is by warping about, rearranging the blocks in the room while doing so, making doubles of himself, and shooting his Shining Ray. In overdrive, he'll shout "Earth Crush" and fire massive laser beams from above (like Tenshouha). Sunflower will also shoot a bouncing orb of light that will immobilize the player for a brief moment if successfully hit. The weapons from Bamboo Pandamonium are highly effective when used on Optic Sunflower.

Alia: I've taken a close look at the area that the target is in, but... I see evidence of the shape having been changed many times by the program in charge. The target itself likely possesses the ability to alter proportional features.

Layer: The management program of the training area is named "Helios," after the sun. I've detected the energy used by "Helios" in the target. Apparently, the target can alter its surroundings. It'll try to use the environment to its advantage. Be careful!

Optic Sunflower: A Maverick Hunter!? Here!? Who in the world are you? Why are you here? Who am I?

X: He's gone totally berserk! We've got to stop him!

Optic Sunflower: Berserk? I don't think so. We may not be the good guys, but we're no monsters. No one has the right to put a stop to our plans!

Optic Sunflower: A Maverick Hunter!? Here!? Who are you? Why are you here? Who am I?

Optic Sunflower: No! No! No! We may not be the good guys, but we're no monsters. Why don't you see?

Optic Sunflower: A Maverick Hunter!? Here!? Who in the world are you? Why are you here? Who am I?

Optic Sunflower: That's where you're wrong. We may not be the good guys, but we're no monsters. Such concepts are beyond the grasp of halfwits like you.

Optic Sunflower: X... Since you made it this far, you must have figured it out. You must have an inkling as to what we're after here.

X: You Mavericks... You're under Sigma's control, aren't you?

Optic Sunflower: No one can control us. You old models cannot even begin to comprehend my master's - OUR - greatness!

Optic Sunflower: Zero... Surely you've figured it out. You must have an inkling as to what we're after here.

Zero: What would I know about how you Mavericks think?

Optic Sunflower: My master remembers you well. You had the chance to become the ultimate destroyer. That's ancient history now.

Optic Sunflower: Axl... The shape-shifter. The prototype of the Reploids who will lead the new age...

Axl: So what? You sayin' I should join you? Tough luck, chump!

Optic Sunflower: If only you were a little smarter, you could have been chosen, too...

Optic Sunflower appeared as part of the Maverick army who attacked the Sky Patrol on the orders of Sigma-2. Afterwards, he departed through a Genesis Portal to help set up a plan to conquer the multiverse. 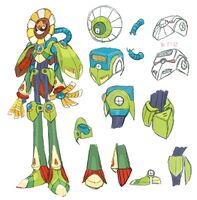 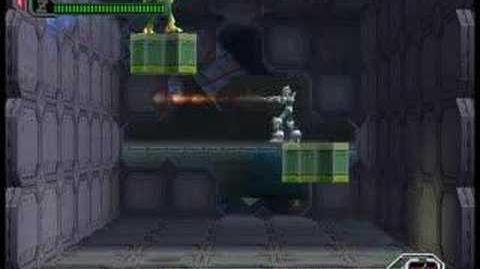 Retrieved from "https://megaman.fandom.com/wiki/Optic_Sunflower?oldid=352160"
Community content is available under CC-BY-SA unless otherwise noted.