The Progress PET (プログレスペット, Puroguresu Petto) was introduced in Mega Man Battle Network 5 and the third episode of Rockman.EXE Stream. It is the fourth design of the PET, not counting the Advanced PET 2, and was used to combat Nebula and Duo.

The Progress PET's design differs vastly from that of its predecessor. Rather than being held vertically it demands to be held horizontally, much like a traditional GBA or PSP. This is the first model to be wireless. On the right side of the device is a retractable cover which conceals a jack-in port and a slot for Battle Chips. Touching the navi mark to the left of this will bring up a holographic touch screen which will allow the user to drag-and-drop Battle Chips to their navi. In the center of the PET is a screen and to the left are two buttons, a directional pad and an LED. In the anime and toy line Battle Chips also differ in design than other generations.

Like the Advanced PET it can be customized in a wide variety of colors. Along to top and bottom are slots called custom gates which can be used to install accessory upgrades. These upgrades can do anything from improving the abilities of the NetNavi to providing a better grip for the operator.

Yuichiro Hikari and Mr. Famous teamed up to developed the Progress PET.[1] Lan Hikari gets this PET sometime before Mega Man Battle Network 5. The few mentions of it in game most are just E-mails and message board posts discussing how to use it. Lan’s friends PET's are stolen by Nebula early in the game. When they are taking a vacation on Oran Isle Dex mentions that he is using a SubPET. While trying to solve a theft on a cruise ship, Colonel or ProtoMan (depending on the version) mentions that navis jack-in using inferred rays. Before facing the final boss Lan gets an opportunity to take back the stolen PETs. Gate Devices can again be used in as a Japanese exclusive.

Lan's PET when MegaMan is in the Net.

The Progress PET was introduced in episode 3 of the Rockman.EXE Stream and was made by IPC (Blaze Quest in the dub). Lan received the first model produced from Chaud, along with a holster and grip attachment. Despite the interface being the same as the previous model this PET introduce several new features. Among these features is the ability to store up to 25 battle chips in the PETs memory for quick access. If the Navi Mark on the right of the PET is pressed a holographic touch screen will be displayed, this allows the operator to drag and drop battle chips onto their net navi. Lan also mentions that the PET has a Battle Chip Gate built into it. The PET also has a flashlight function and a form of NFC (Lan used this to pay for a taxi). The Progress PET was not as big of a hit as the Advanced PET was, many operators are still seen using the Advanced PET throughout Stream.

Lan's PET resting in a dock.

Lan slotting in a Battle Chip.

A toy version of the Progress PET was released by Takara in Japan. It contains slots on the top and bottom called Custom Gates, which are used to put one of the nine accessory upgrades to enhance it, just like in the anime. The toys also have Battle Chip slots that open with a button, the one with the Navi mark on it.

The Progress PET and several related toys with its Battle Chips were also released in Korea by Sonokong, but with many differences from the Japanese toys.[2]

Progress PET with two attachments
Add a photo to this gallery

The Progress PET has the following Navi Tune Parts.[3] 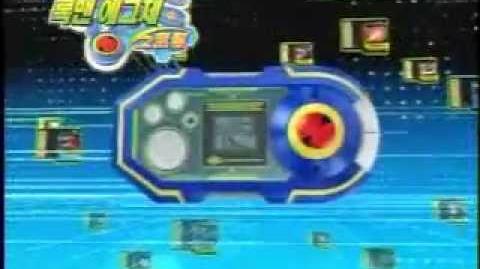 Retrieved from "https://megaman.fandom.com/wiki/Progress_PET?oldid=316898"
Community content is available under CC-BY-SA unless otherwise noted.